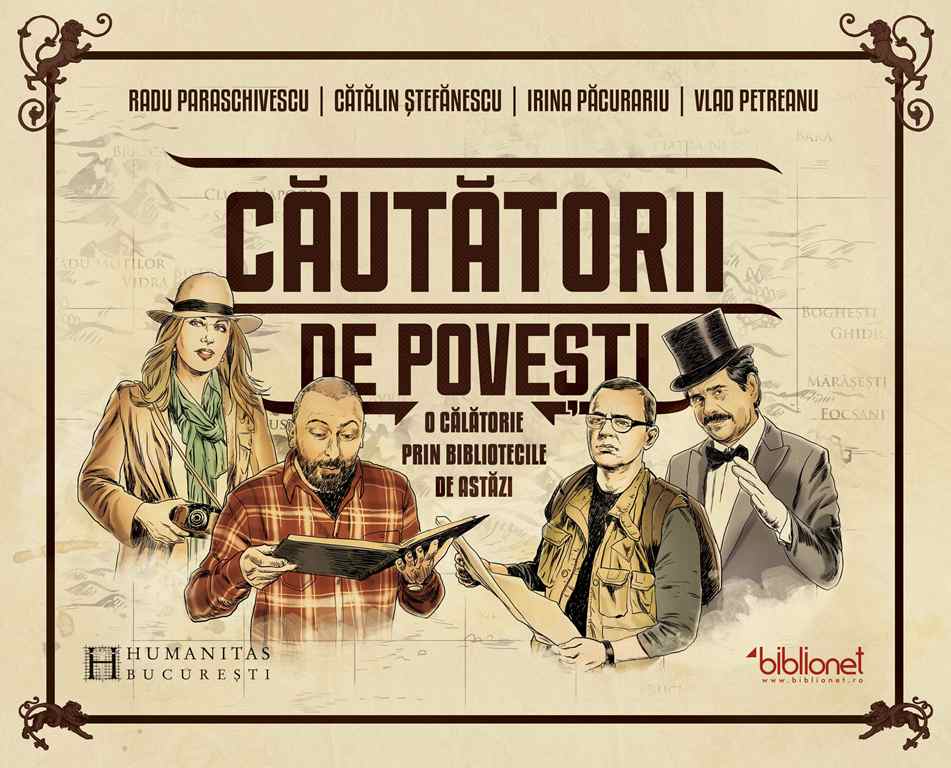 What stories are hidden in today’s Romanian public libraries? This was the question the 4 started their quest, a tour aiming to rediscover the role of the Romanian libraries within communities.

“I think stories must be told so they can live (…) If something happens somewhere and isn’t relayed further, than it is as if that thing didn’t happen at all. Or, in those libraries, in forgotten corners of the world, I found fascinating stories and people”, Vlad Petreanu said.

“I liked more to listen than to ask, to laugh rather than crying, to go up rather than go down. All the libraries I was in had a few – some even had a lot – of stairs at the entrance. Some resistance test. Anyone that wants can enter, only those who can remain”, Irina Pacurariu stated.

“When you come carrying the cultural flag, everyone shows respect when they meet you and, generally, after you’re gone, the statement is: irresponsible people, is culture what we need now?”, Catalin Stefanescu completed.

Paul Andre Baran, Biblionet In Romania program director, identifyied the common point of the stories: “These stories are talking about the small, but unknown victories of people in areas where nobody gave them any chance to success. The content and the color of their peers stories can inspire people to make changes for a better world. Exactly as “Story Seekers” project was born”.

The printed book will be available in over 2,000 Romanian libraries and is also available in electronic format.