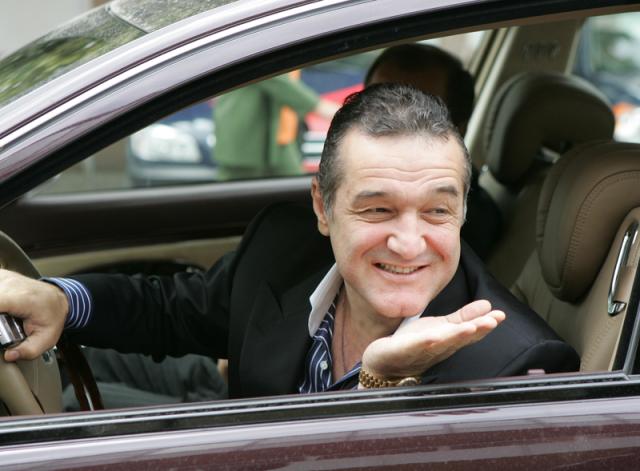 Romania TV received a RON 20,000 fine for the conduit Gigi Becali had, on air, during 3 shows broadcasted by the news stations, during which he gave offences to Andreea Pora, Adriana Saftoiu and Radu Carp.

During a CNA meeting, there were discussed two denounces related to the vulgar conduit Becali had. One of the denounces pointed out an October 15th edition, previous to electoral campaign start, during which USL’s political candidate came up with offences directed towards Radu Carp, politologist.

During CNA’s meeting, RTV’s representative said that Becali was kicked out from the show, “one way or another”, by the moderators and asked why CNA decided just after 1.5 months to take action on the and why isn’t giving attention to other edgy dialogues, such as the one between Andreea Pora and Ioan Ghise.

Christian Mititelu, CNA member, mentioned that there isn’t any editorial criteria that would motivate inviting Becali in a news show.

During the mentioned shows, Becali named the politologist “a numskull”, said he was talking garbage and also said he was “stupid, ugly and bald”. Becali refused to engage in a discution with Andreea Pora, that he called a “woodpecker” and, when it comes of Adriana Saftoiu, he nicknamed her and said that nickname was used for her by Romanian president when she was working at Cotroceni Palace.