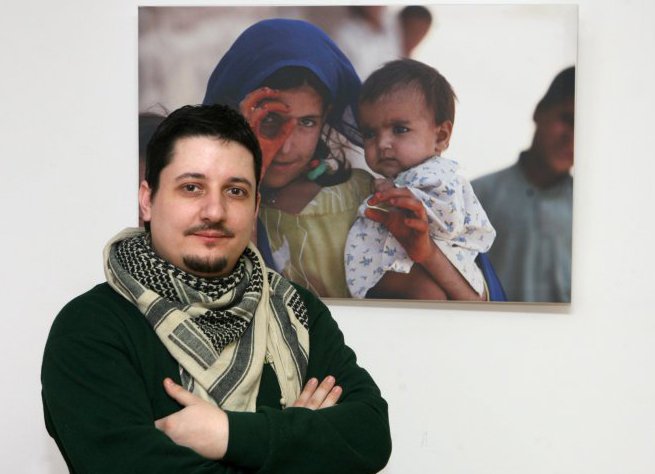 Paginademedia.ro completes its redaction team with Florin Ghioca, Romanian journalist that worked for publications such as Evenimentul zilei, Cotidianul, Jurnalul Naţional and Cancan.

Florin Ghioca is also known as photographer, with images published in numerous titles in Romania and abroad. He is also the initiator of the Press Cup in Singing, that reached the 9 th edition in 2012.

Florin Ghioca worked with more publications in Romania and abroad. He was a redactor for Adevarul de Cluj, Transilvania Jurnal and National, chief of Monden department at Cotidianul and redactor-columnist
at Evenimentul zilei.

His articles and photos can be found in Jurnalul National, Cancan de Weekend, Photo Magazine or Foto Video.

He published photos in most newspapers and magazines in Romania, but also in publications from US, Greece, Finland, France, UK, Afghanistan.

He was press correspondent in US, accredited journalist at UN headquarters in New York, correspondent for photo agencies Gamma and Hachette Photos Presse from France.

Between 2007-2012, he went to Afghanistan 6 times, with his correspondences being relayed to Romanian public by Cotidianul, Evenimentul Zilei or Cancan de Weekend, but also by Realitatea TV or Kanal D.

He has, until now, 5 photo exhibitions, with opening events in the most important Romanian towns. He initiated and manages Press Cup in Singing.