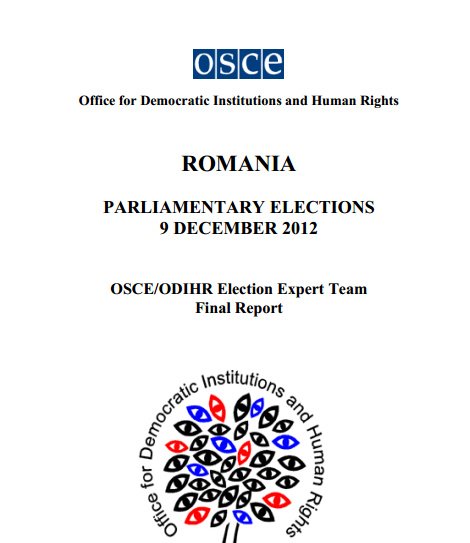 More and more press institutions preferred to become an instrument political parties could use instead of respecting their role of political watch dog, the most recent OSCE on December 2012’s election shows.

The report shows that Romanian press took sides during the electoral campaign.

“An example for this is Intact Group, that controls the most popular TV stations, including Antena 3, and is owned by Dan Voiculescu. Other TV stations, such as B1 and OTV, were also considered by OSCE experts as being affiliated to different political entities. Moreover, the candidate Dan Diaconescu hosted political programs on OTV, defying this way art. 7(3) from CNA regulation that says that, during electoral campaign, programs produced or hosted by candidates cannot be broadcasted”, the report shows.

“The new Digi24 TV station tried to follow a more independent editorial line and was considered by many as a positive example”, the report also notes.

Romanian public television fulfilled its obligations, but its media coverage for the events was considered too cautious, avoiding controversies to insure impartiality, the document adds.