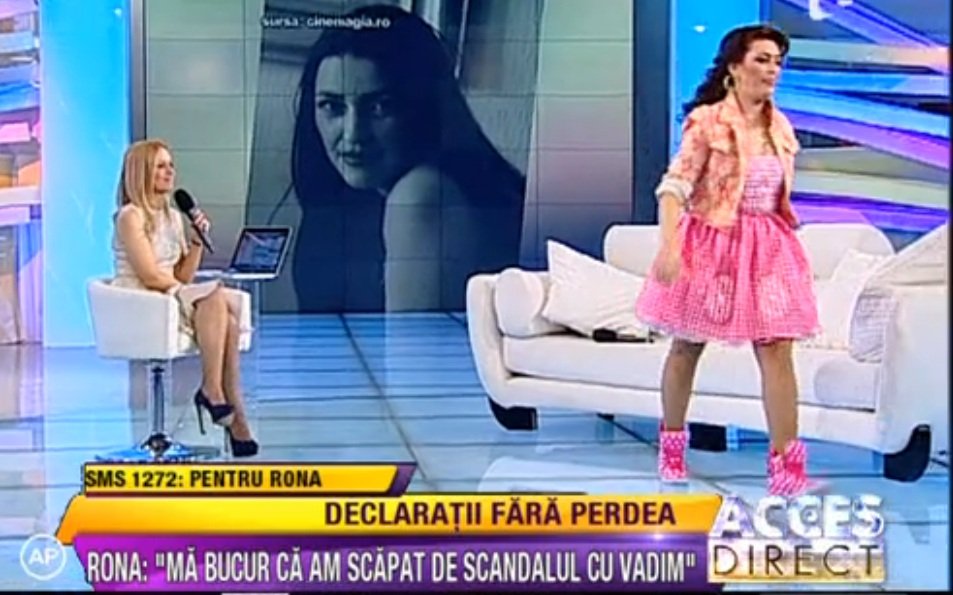 A day after the actress Rona Hartner left Simona Gherghe’s Access Direct set, the host of the show reacted, showing a video with the entire “Vadim moment” from Marius Tuca Show 1999. This came after the actress left program’s set as the images broadcasted in her presence – in which she was accused by a Romanian politician of having an affair with former President Emil Constantinescu –

were truncated and didn’t included her reactions.

Gherghe decided to broadcast the entire video, with Hartner’s reactions, saying that what was broadcasted during her previous show wasn’t with ill intention.