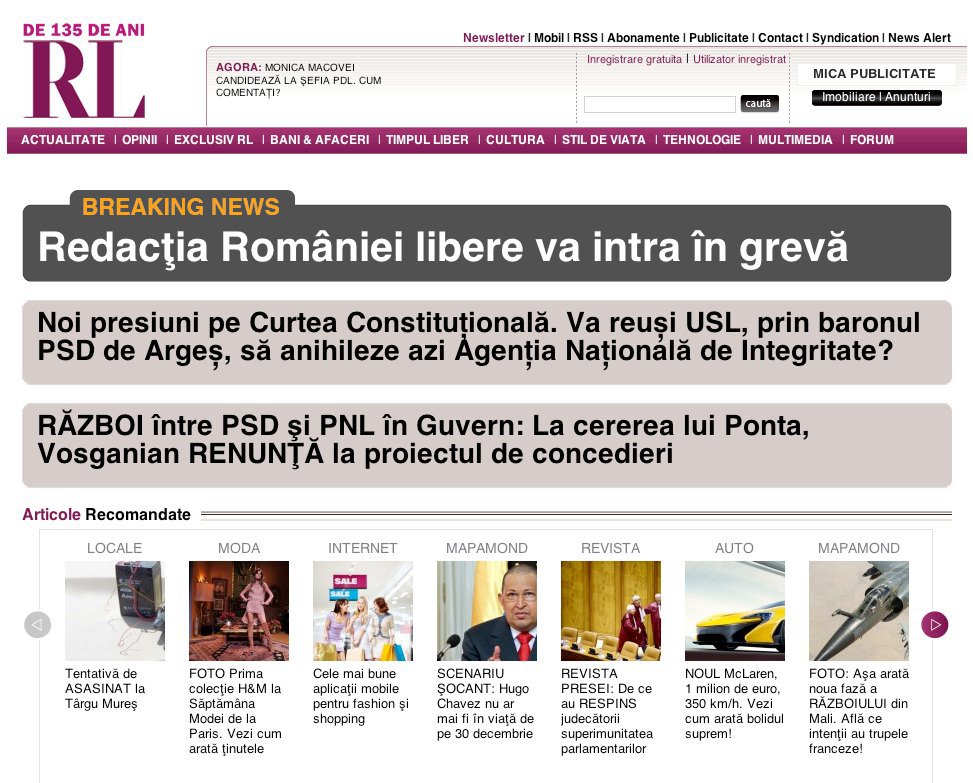 Journalist from România liberă started a strike as their salaries weren’t paid during last 3 months. The announcement related to the strike was published also on newspaper’s website, but removed later.

This is the 2nd conflict between journalists and the administrative management of the newspaper during the last months. In November, the employees sent a letter to the owner, Dan Grigore Adamescu, criticizing the way of management used by Adrian Rus, the general manager, and the fact that the term to pay 2 salaries expired.

The current protest ended close to the end of work day, after a meeting with the management, during which protesters were promised the payment of the salaries.