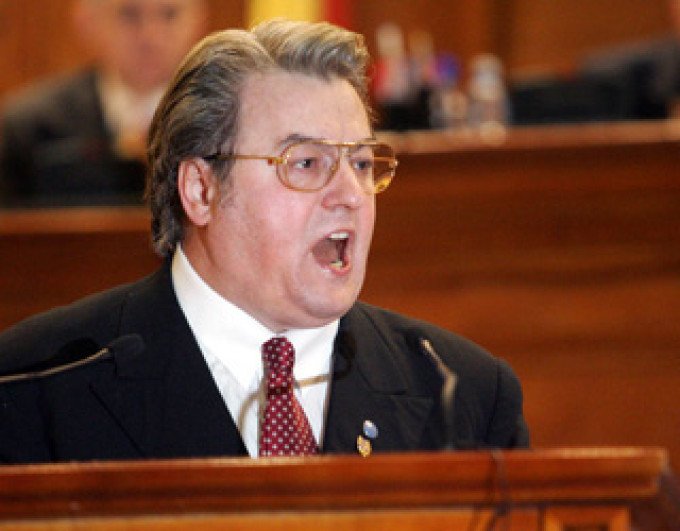 Corneliu Vadim Tudor, Victor Ciorbea and Victor Ponta are the political parties’ leaders with the most time spent in TVs’ studios in January, according to a mediaTRUST monitoring.

When it comes of women, Ecaterina Andronescu (Education Minister) is on the 1 st place, with 17 presences in studios, followed by Monica Tatoiu (12) and Sandra Pralong Budis (11).

When it comes of male presences on TV, Bogdan Chireac had 39 presences in TV shows, followed by Mugur Ciuvică (31) and Codrin Ştefănescu (20) – the most active politician on TV in December.

When it comes on TV presences ranked on parties, Stefanescu is the most present PSD politician, followed by Ecaterina Andronescu. From PNL, most active on TV are Ioan Ghise and Sorin Roşca Stănescu. PRM was represented by Corneliu Vadim Tudor (11), while PPDD was represented in TV studios by Florin Condurăţeanu (11).

Who had who in studio