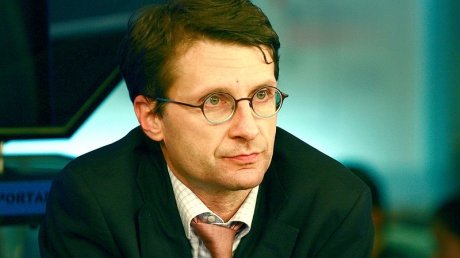 Romanian journalist Dan Suciu left Money TV and went to news TV Digi 24. For now, Dan Suciu is presented as specialist in politics and economics in Digi 24 sets, at TV’s news or as a guest to the talk-shows hosted by Luca Niculescu and Cosmin Prelipceanu.

For now, there are discussions for a show that Dan Suciu would host at the TV news owned by RCS.

Suciu’s departure from Money TV comes shortly after another important name of the station, Daniel Apostol, executive director, decided to leave the project.

Money TV (a project that resulted as a separation from The Money Channel TV) is owned by Sorin Freciu and, since recently, is managed by Alexandru Sassu, former TVR chief. Sassu was appointed by the new shareholders of the TV, although the new shareholders are still being kept “secret”

Daniel Apostol left from Money TV to The Money Channel, where he will be General Manager. He said, for paginademedia.ro, that he entered a project he trusted, but declined to give further information. The Money Channel is to be relaunched with financing from the businessman Mohammad Murad, owner of Foenicia Hotel and of the can factory Mandy