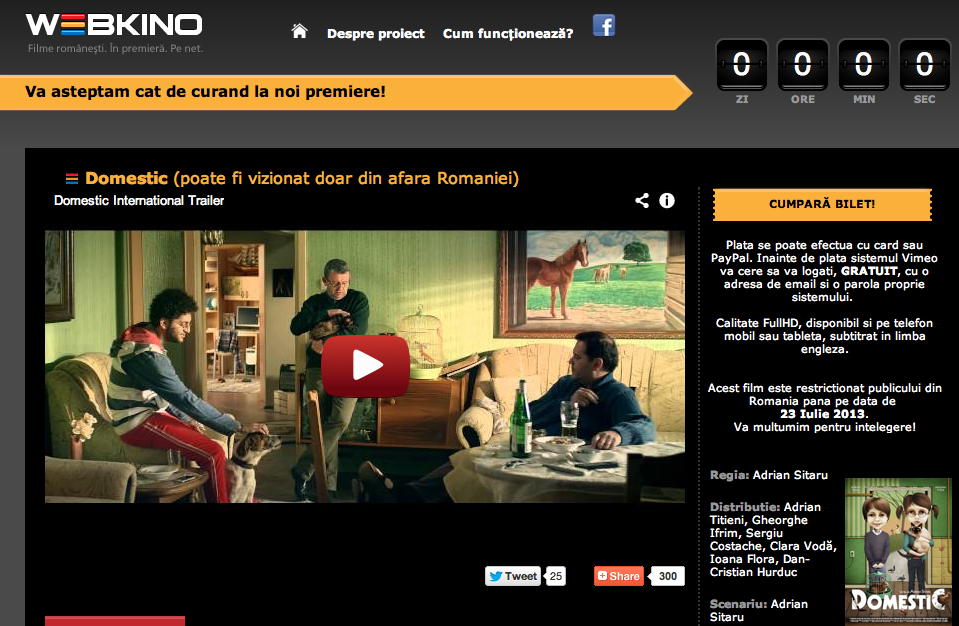 Domestic, a movie directed by Adrian Sitaru, had the premiere in cinemas on Friday night, but it also premiered online on Webkino.ro, a project launched by Dragoş Stanca and Cristian Mungiu two years ago.

The movie can be viewed on the website for a $5 fee and is accessible only for viewers outside Romania. Webkino’s system uses the new Vimeo on Demand platform.

Launched in March 2011 by Dragos Stanca – now manager at Thinkdigital Romania – with support from Romanian director Cristian Mungiu, Webkino aims to offer online access, legally, to the new Romanian movies, in the same time with the launch in cinemas.