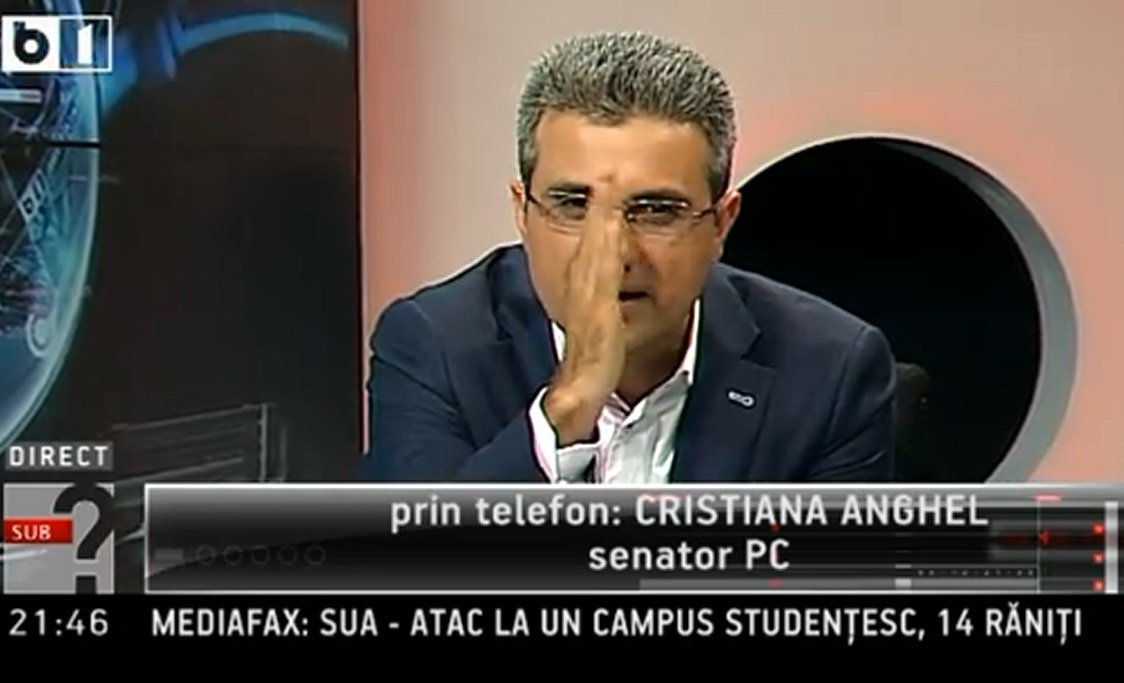 CNA fined B1 TV with RON 5,000 for an edition of the show “Sub semnul intrebarii” (Under question), hosted by Robert Turcescu, during which the host spoke about Cristiana Anghel, a teacher that went on hunger strike and than become a senator for Conservative Party.

During the show, Turcescu made a series of acusations towards the teacher without broadcasting also her point of view.

Cristiana Anghel was the one that announced CNA about this situation.

After B1 TV was fined, Turcescu came up with a strong point of view, disputing the fine applied by CNA, as the council considered the journalist didn’t respected the principle of hearing also the other part.

Turcescu said CNA’s fine isn’t correct and, to support this, he refered to Anghel’s fiscal declaration, that shows she cashed in from Antena 3, in 2011, RON 13.613.

After this, Turcescu had a heated discussion with Anghel (via phone). During the conversation, Anghel said she had a contract with Antena 3 and the money she received were for her to appear in its shows.