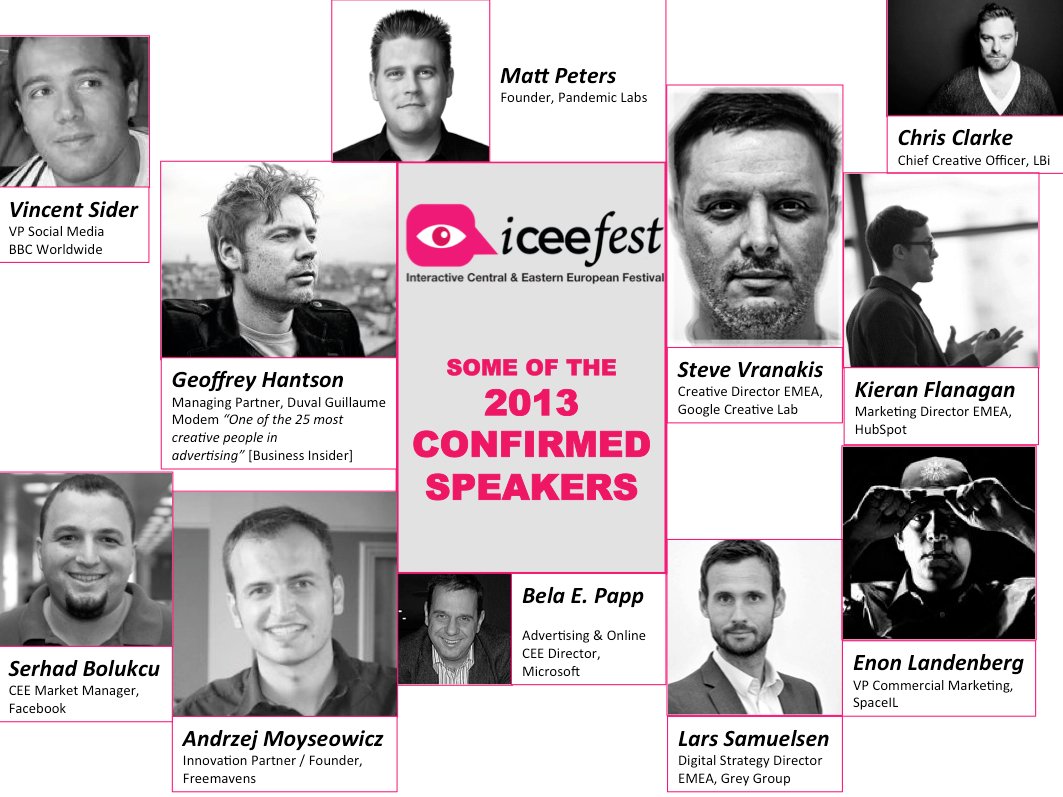 As the list of already confirmed speakers shows, the event is already announcing itself as a very interesting one. On ICEEfest scene there will be speakers from very well known international companies such as Facebook, Google, Youtube, Skype, Yahoo, PayPal, Microsoft and also BBC or HBO. Communication world will be also properly represented at ICEEfest: Saatchi & Saatchi, Duval Guillaume Modem, Draftfcb, McCann Erickson, Grey Group, Mediabrands Worldwide, Lbi and others will be present at the event and share their expertise.

This year, the games and mobile internet sector will enjoy more attention at this year’s edition of the event, among the already confirmed speakers being representatives from Deezer, Orange, Ubisoft or Gameforge.

ICEEfest will mean this year seminaries and conferences, networking and share of know-how, but also entertainment. On the entertainment side, the event will include a stand-up comedy night, an evening dedicated to viral movies and online humor, a contest for mobile apps developers, IAB MIXX awards gala and meetings between stars and their Facebook fans.

“Besides the tech exhibition and the events within the festival, this year we will practically have 2 conferences running in the same time. One is dedicated to the area that has ties with creativity and innovation, while the second is focused on more practical and actual matters. Each will have its own stage and a separate room”

ICEEfest – short for Interactive Central and Eastern Europe Festival – is the new brand under which the event lauched as RoNewMedia in 2008 attacked, starting this year, the regional market of big events related to tech and digital industries.

The festival is organized in partnership with Orange and with Microsoft’s support – via Internet Explorer 10 and Windows 8 – and will take place on June 6-7, at Grand Cinema Digiplex within Baneasa Shopping City. The tickets are available on the official website, www.ICEEfest.com, and the expositional area of the event is still open to partners.