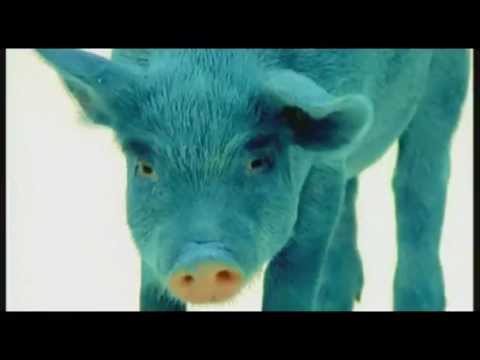 The blue pig from Antrefrig, that became a celebrity in 2001 with the line “Do you comment?”, is back on TV, as hysterical as before. When the characters say words including the word “liver” , the pig understands just liver, a word that he repeats on a nervous tone in the new TV ads.

He reveiled it isn’t simple to film using a real pig and said the agency used 4 pigs so everything will turn all right. The pigs were painted blue with metilic blue.
The campaign is centered on the fact that the advertised pate has a high content of liver, of around 30% .

Antefrig was taken ove, in 2007, by Hame; the new owner analyzed the brand, saw it has great potential and decided to relaunch it.