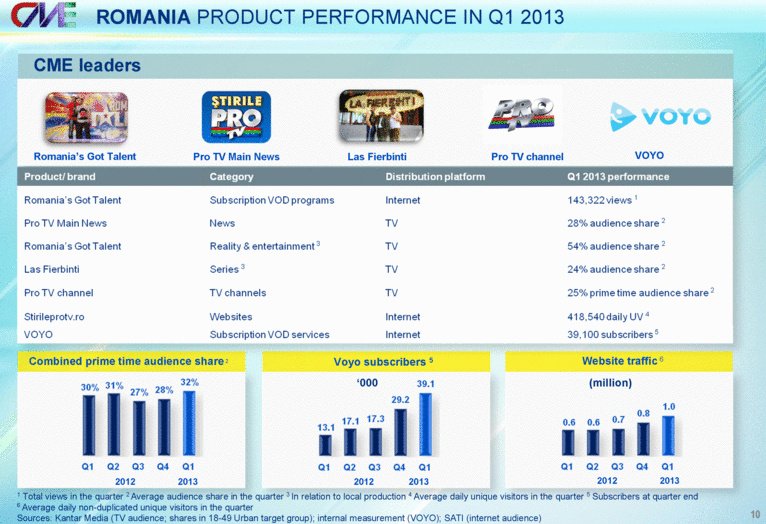 Central European Media Enterprises (CME), operator of Pro TV in Romania, reshuffles its operations this year, as a response to bleak results posted at international level, according to Media Express, quoted by Forbes.

"From a centralized approach, pan-regional, we will pass to a model of management localized for each country in which we operate, a country-based model", Adrian Sarbu, president and CEO CME, said, as „World Screen” quotes him in its edition dedicated to NATPE TV fair, taking place in Budapest on June 244-27.

Sarbu also said "the difficult period we are in demands for daring actions" when he announced the new strategic direction of CME.
CME's plans also aim to increasing prices for prime-time advertising on all markets where the company is active and even doubling them in Czech Republic, where the group posted very weak results