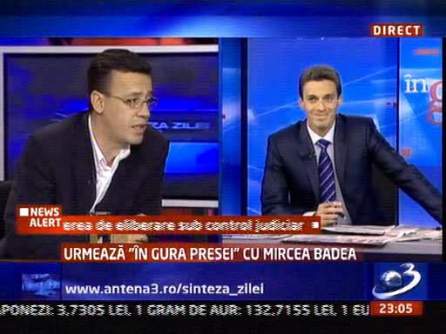 Antena 3 continues to have most shows in talk-shows rankings, but the top 10 isn’t its exclusively, as Pro TV’s show “20 years after” made a break through, reaching the podium, and Eugenia Voda’s “Professionals” from TVR also made it in top 10 positions.

Most watched show in May was still “Sinteza zilei”, with 328.000 viewers per minute. Despite the audience decrease during summer, Ciutacu’s TV show had an audience increase compared to April, with an average of 109,000 viewers, up from 84,000 during previous month.