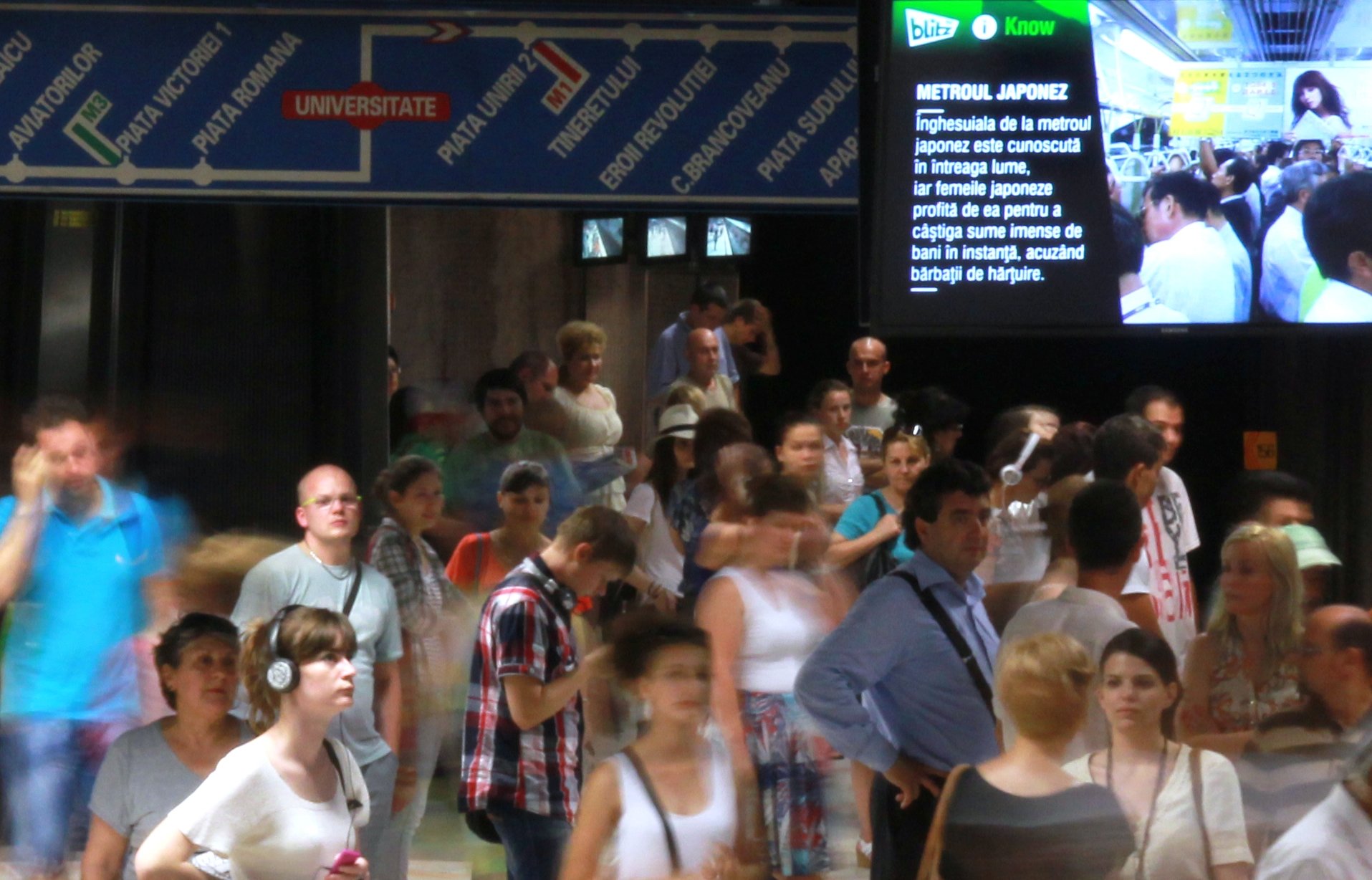 Blitz Television SRL launches blitzTV, based on the new network of 230 LCD LED professional screens placed inside Bucharest’s Underground. One of the shareholders of the company that manages Tube’s TV is Lucian Despoiu, Managing Partner Kondiment.

BlitzTV software platform allows broadcasting videos in a very targeted manner, reaching to the level of one station and even for one single dat.

The first screens in Romanian subway belonged to Monopoly Media, in 2008. The company was owned back than by Gabriel Faflei and Realitatea Media. Faflei left Monopoly Media in the end of 2011 and, nowadays, handles the management and content for blitzTV project, together with his team.