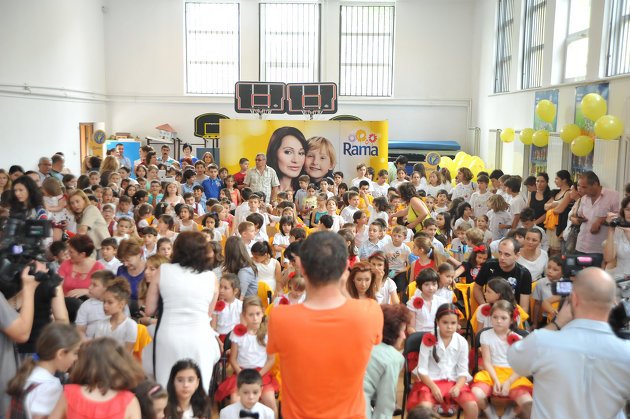 "Breakfast Champions", a campaign promoting Rama margarine and supported by Nadia Comaneci, was forbidden on TV and Antena 1 was fined RON 10,000 for broadcasting a promotional material with the former gymnast, following a CNA decision.

The 2 alignments of Code's article say that aliments won't be attributed properties they don't have and that in ads for food targeting kids is forbidden to use celebrities, personalities or doctors.

CNA demanded the campaign to enter legality, which means that, until CNA's demands are complied, it cannot be broadcasted on TV.

Also, Antena 1 was fined by CNA for not using boards to announce the public a material video with Nadia Comaneci was in fact advertising.

The material for which Antena 1 was fined was broadcasted on June 21st, during the morning show "Neatza cu Razvan si Dani". In the material, Nadia was saying she supports Rama's campaign, without the video being properly signaled as advertising.
In March 2010, CNA decided that all the margarine ads must mention that consuming more than 20 grams a day is forbidden.

Romanian journalist Robert Turcescu criticized, on Facebook, the campaign with Nadia Comaneci, but targeted Ilie Nastase in his comment. This comes after, couple days ago, Turcescu wrote a status on Facebook - deleted afterwards - in which criticized the campaign for margarine in which Comaneci is involved.
In the new status, Turcescu admitted that the language he used in the previous comment on the campaign was too tough.