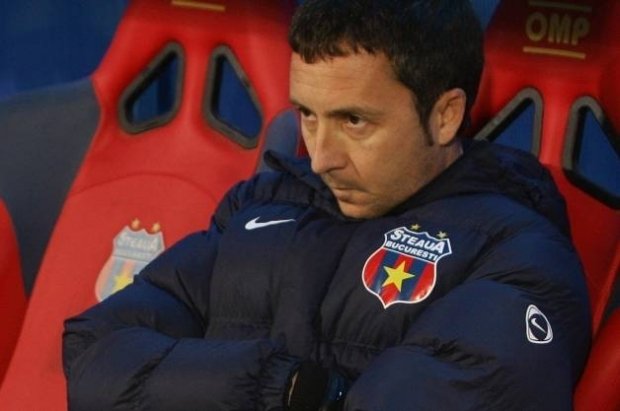 UEFA announced, on its official website, that it started disciplinary procedures related to the incident in Macedonia, when MM Stoica aggressed Pro TV’s crew, Adevarul and Evenimentul zilei inform. The incidents will be analyzed on August 22

UEFA envoye to Skopje game said that he was amazed when he heard that Steaua said that the training session mustn’t be open for press.

Besides verbally aggressing Pro TV’s journalists, Meme Stoica decided to end team’s training for the game, evacuating the representatives of the press.

After the incident, Mihai Stoica was condemned by a Macedonian judge to pay a fine of 25.000 dinnars (around Euro 400) for aggressing Pro TV’s journalist and the expenses for the juridical procedure.

Pro TV and Prosport reporters were aggressed by the bodyguards that were accompanying Steaua at Skopje and were addressed injurious words by Meme Stoica, during the official training of Laurentiu

Reghecampf’s team. One of the bodyguards grabbed the mobile phone owned by ProTV’s journalist Alexandra Tanasescu and deleted more images stored on the device.

After the incident, Stoica demanded to the journalists to leave the arena and swore at them. Also, as a consequence, Steaua decided to forbid the presence of all media representatives to team’s training.

At its turn, Pro TV expressed its regret that a community such as Steaua got to be represented by a single employee that hit a supporter during an official game. As Pro TV doesn’t consider that Mihai Stoica represents Steaua Bucuresti, the TV decided to submit complaints against team’s manager to Romanian Football Federation (FRF) and UEFA .

After a few weeks since forbidding sports publications’ representatives presence at Steaua’s trainings, MM Stoica came up with conditions for specialized journalists. Basically, he demands a week during which “no aberrations, fake news or cheap ironies” as a condition to drop the restrictions imposed to journalists.