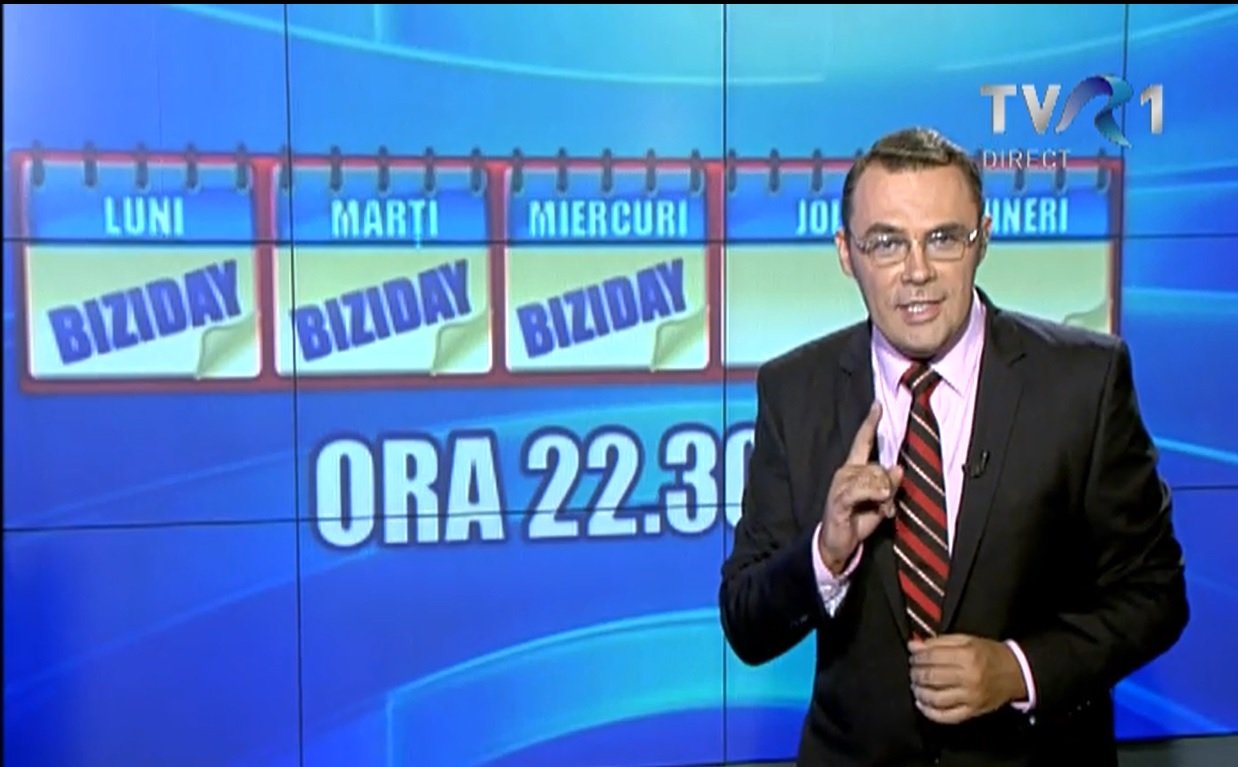 Moise Guran and his show changed the broadcasting time- now 22.30 – and the name – from Business Hour to Biziday. The show in its new formula will debut on September 2nd and will have the same format as Business Hour did.

Biziday will be broadcasted on Mondays, Tuesdays and Wednesdays, while Business Hour survives as a talk show on Thursdays, starting 19.00 .

Moise Guran about the change:

“Very few of the busy people managed to see the show. Why Biziday? Because it is a show for busy people”.

Moise Guran joined TVR’s team in October 2010, after leaving Antena 3, where he was producing BizBazar. Business Hour was broadcasted for 2 years on TVR 2. Starting October 2012, the show started to be broadcasted on TVR 1

The story of Biziday name started 8 years ago, according to Guran. That was the period when Antena 3 was preparing to enter the market and also the moment then Guran proposed more versions of name for his economic show.

He proposed the names to Sorin Oancea, aiming for Biziday, but Oancea selected BizBazar. After that, Guran registered Biziday name.