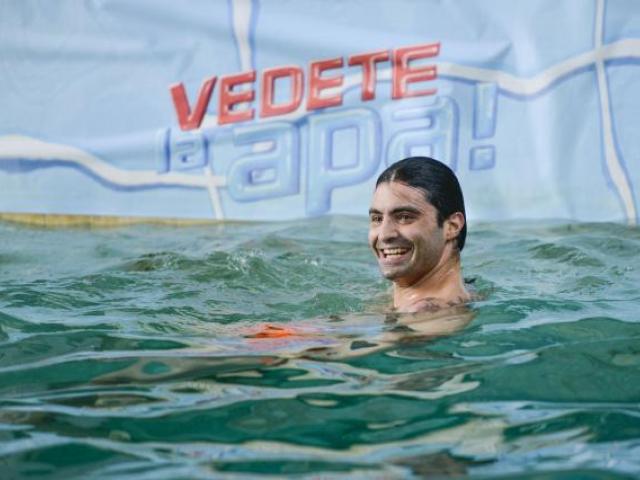 Antena 1 leads, this summer, when it comes of entertainment, with Splash – Stars in water, a show presented by Romanian singer Pepe, having, in July, an average viewership of 825.000 (7,9rtg) in urban areas.

Second was another show from Antena 1, “Te pui cu blondele / Do you mess with the blondes?”, with an average viewership of 653.000 in urban areas.

Pro TV slowed down entertainment’s engines and focused on movies; the TV is present in top with the only 2 shows it had in its July program schedule, Happy Hour and seasonal production “Serviti, va rog / Serve yourself, please”.
The show with stars “Serviti va rog” is the 3rd in entertainment top, with 613.000 viewers per minute (5,9 rtg).

Tabloids, ahead! How many viewers had Oana Roman’s “swan song”

All the 5 Romanian tabloid shows made it in top 20 most viewed entertainment programs. The category has as leader “Acces Direct”, that left behind Happy Hour: Simona Gherghe’s show had an average of 475.000 viewers, while Maruta’s program had only 390.000 viewers in urban areas.

The last season of “Drept la tinta / Straight to the target” hosted by Oana Roman on Kanal D had an average viewership of 219.000 in urban areas. Starting this autumn, the show exits Kanal D’s programs schedule, being replaced by a show to be made by Teo Trandafir and her old team.

Late night, tabloid’s battle is between ”Un show pacatos’ from Antena 1 and WowBiz on Kanal D. Kanal D’s show distanced itself from Antena’s, with WowBiz having, in its 14 editions broadcasted in July, an average viewership of 360.000 (3,5 rating), over the average 305,000 viewers that watched Antena’s show.

The bingo match between Antena 1 and Acasa TV was won by Antena. Superbingo Metropolis (Antena 1) is broadcasted to a more accessible hour, on Sundays, starting 16.15, while Bingo Romania is also scheduled for Sundays, but at 22.00.

In July, Superbingo had, on average, 331.000 viewers per minute, while the show hosted by Nicoleta Luciu and Daniel Max Dragomir had only 147.000.

More audience data for most watched shows in July are available here.