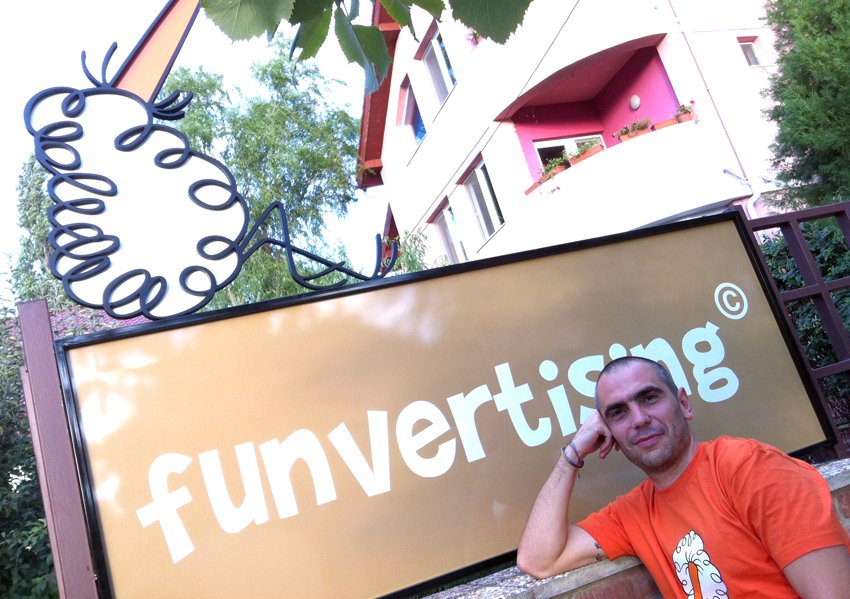 After 10 years of presence on Romanian advertising market, AdVenture changes its names in Funvertising , this being, according to agency’s responsible, the final stage after a period of rebranding and changes within the company

Some information on the agency:

AdVenture is the advertising agency that handled the 1st campaign of Sorin Oprescu for Bucharest Town Hall, in 2008. One of AdVenture’s shareholders is Alex Zamfir, a childhood friend of Mircea Oprescu, mayor’s son. The agency signed back than The Bulldog ad. AdVenture had Oprescu as client also for the next campaigns.

The agency has in its portfolio client such as CEZ, Volvo, Servier Pharma, VB Leasing, Academica Medical Center, A&D Pharma, Optiblu and Lactag.

Alex Zamfir: “The atmosphere in the industry brought us to this situation”

“The atmosphere within the industry uring the last couple years brought us in this situation. We had two options: to stay and whine or to try to do something”, Alex Zamfir said, for Paginademedia.ro.

“After a training with an American specialist, Lawrence Cohen, we started to implement what is called listening partnership. Why? We realized that people isn’t listening anymore, that we don’t know how to listen. What does the exercise consist in: each day, by rotation, we listen to each other. Each person has 5 minutes to tell something without being interrupted, than the role changes. We’re doing this exercise for a year.”

“We started y changing the website, than the name”. Why Funvertising? “Fun doesn’t mean funny, but likable. We want to become a pleasant workplace, to create a fun atmosphere within the agency. Happier people mean more creative people and more efficient ones.

Are they still going to work for Sorin Oprescu?

“If he needs our services and asks for them, of course”, Zamfir said.

AdVenture was founded in 2002 by Alex Zamfir (that came from Leo Burnett), Dan Dumitrescu, Toni Iuruc and Liviu Redeleanu (former Tempo Advertising). The last 2 exited the business in 2006 and, respectively, 2011.