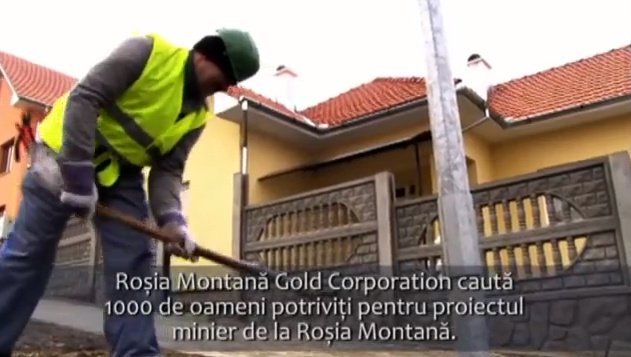 The protests that started yesterday against Rosia Montana’s exploitation brought back in focus RMCG’s influence over mass-media and TV. News stations had different ways of reflecting the subject, with Romania TV and Antena 1 ignoring the protests.

On EVZ’s website, the news spent a little time on Home Page, than it was dropped to offer more exposure to the study that shows that Romanians are in favor of RMCG’s project. On Adevarul’s website, the news on the protests was available only by using the search engine of the page.

Paginademedia.ro presents the situation of commercials broadcasted this year by the TV stations. None of the big TVs nor the public TV or news channels were missed by RMCG commercials.

Which are the TVs that broadcasted RMCG advertising?

In terms of number of broadcasted commercials, 2 channels are far ahead: Romania TV and B1. The high number of ads doesn’t automatically mean that those channels were also champions when it came of cashing in for the broadcasted advertising. On one side, advertising is proportional with the audience (and the 2 mentioned stations don’t fit in the „first league” when it come of this criteria). On another hand, the price for a classical commercial is higher than the cost of an insertion at the end of a sponsored section.

Most of the commercials broadcasted by RMCG this year – almost half – were on Romania TV: 1.382 commercials or inserts with RMCG’s logo. B1 TV had almost 1.200 RMCG commercials.

The explanation for the big number of commercials on the 2 mentioned channels: Romania TV and B1 had multiple sections sponsored by RMCG that presented corporation’s logo in the end.

See here a table with the number of ads or ad inserts for RMCG broadcasted by Romanian TV stations this year.