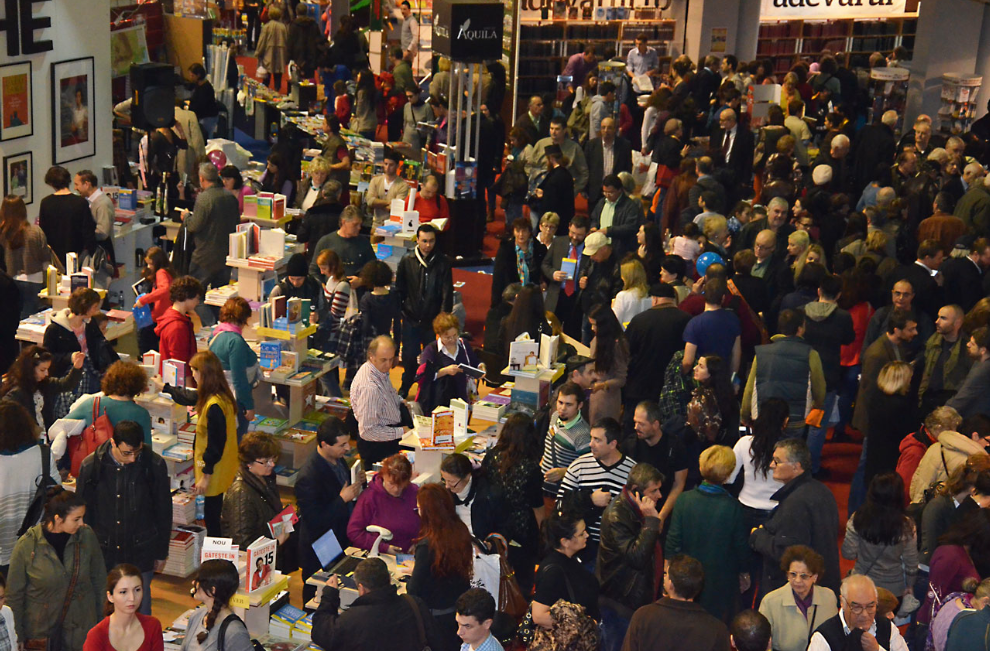 Gaudeamus International Book Fair was visited during its 5 days by 115,000 people, a record in event’s history. Over 75% of them also bought books, the medium amount spent during the fair being of RON 146 (around Euro 35).

Gaudeamus was organized between November 20-24, took place at Romexpo Bucharest and included over 600 events – launches and book presentations, debates, conferences, artistical moments. Those are organized at the stands of the around 400 exhibitors and special spaces organized indoors.

Adelin Petrisor was the best sold Romanian author for Polirom publishing house at Gaudeamus. Petrisor’s book was published initially in 2,000 copies and completely sold by the end of the fair, with a new print run scheduled to appear. Petrisor’s book – “The country with one fat person” – was the best sold at the fair, according to a top made by Polirom. It had better results than “Filmar”, by Cristian Tudor Popescu, “La noi, cînd vine iarna”, by Mircea Diaconu, and “Cutia cu maimuţe. Jurnal” by Rasvan Popescu (CNA member, former CNA president)

Gaudeamus also awarded the publishing houses, during a gala, with the winners being Humanitas (#1), RAO (#2) and Polirom (#3). The most wanted book, voted by the public, as The Hobbit by J. R. R. Tolkien, published in Romania by RAO