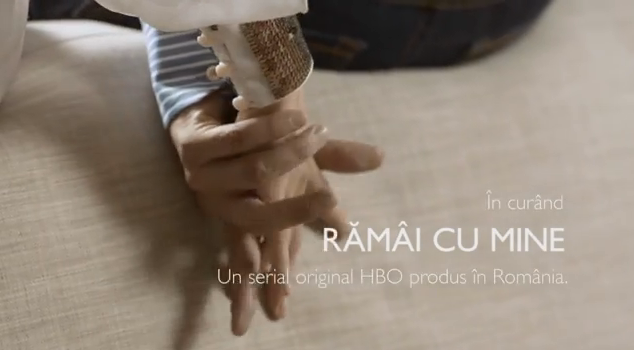 “Stay with me / Ramai cu mine” is the second series produced by HBO in Romania and will have the official launch on December 1st. It will be broadcasted on HBO on Sundays, starting 20.00.

The distribution of the series includes Cosmina Stratan, Andi Vasluianu, Stela Popescu, Magda Catone and Paul Ipate. This is the second fiction series HBO Europe produces in Romania, after “Drifting” with Marcel Iures as main character.

The series was filmed for 11 weeks, until July, and involved 70 actors, over 600 figurants and over 400 costumes.

The series is directed by Constantin Popescu and Mihai Bauman, the script was adapted by Lia Bugnar, while the production was made by Film Factor and Tino Furtuna - producer.

Executive producer from HBO Europe is Carmen Harabagiu, while producers are Aurelian Nica and Gabriela Ceuta. The image director is Liviu Marghidan.