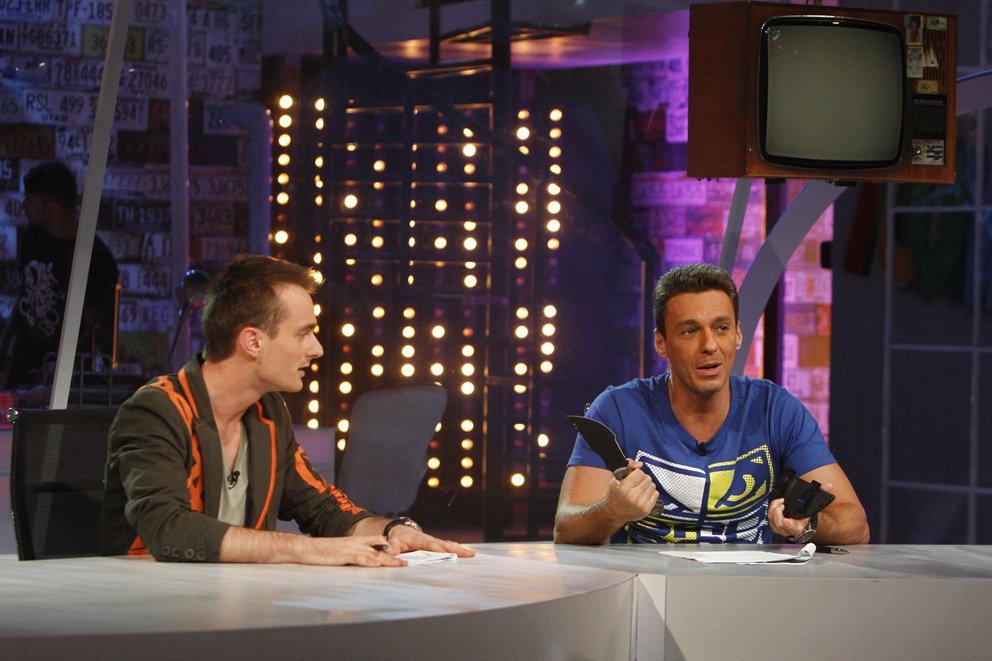 iComedy, that comes back on air at Antena 1 on November 22nsd, is having as guest Mircea Badea, according to an announcement made by the TV.

Mircea Badea will host next week’s edition together with Mikey Hash, in a new formula after Mihai Bendeac left iComedy.

The show will be broadcasted on Antena 1 starting November 22nd, starting 20.30.
Bendeac decided to leave iComedy a few weeks ago, after he accused the TV station of forbidding him to bring in the show Radu Baniciu and also of forbidding a parody in which Mircea Badea was dueling Radu Banciu.

Bendeac also said he wasn’t allowed to criticize Antena 3’s programs and he had a list with names of people he couldn’t mention in his show.
A few days ago, Bendeac and Mikey Hash have an exchange of replicas on Facebook, started by Bendeac . Bendeac’s conclusion following the discussion was “don’t forget just one thing: you accepted something that I refused, professionally, to do”