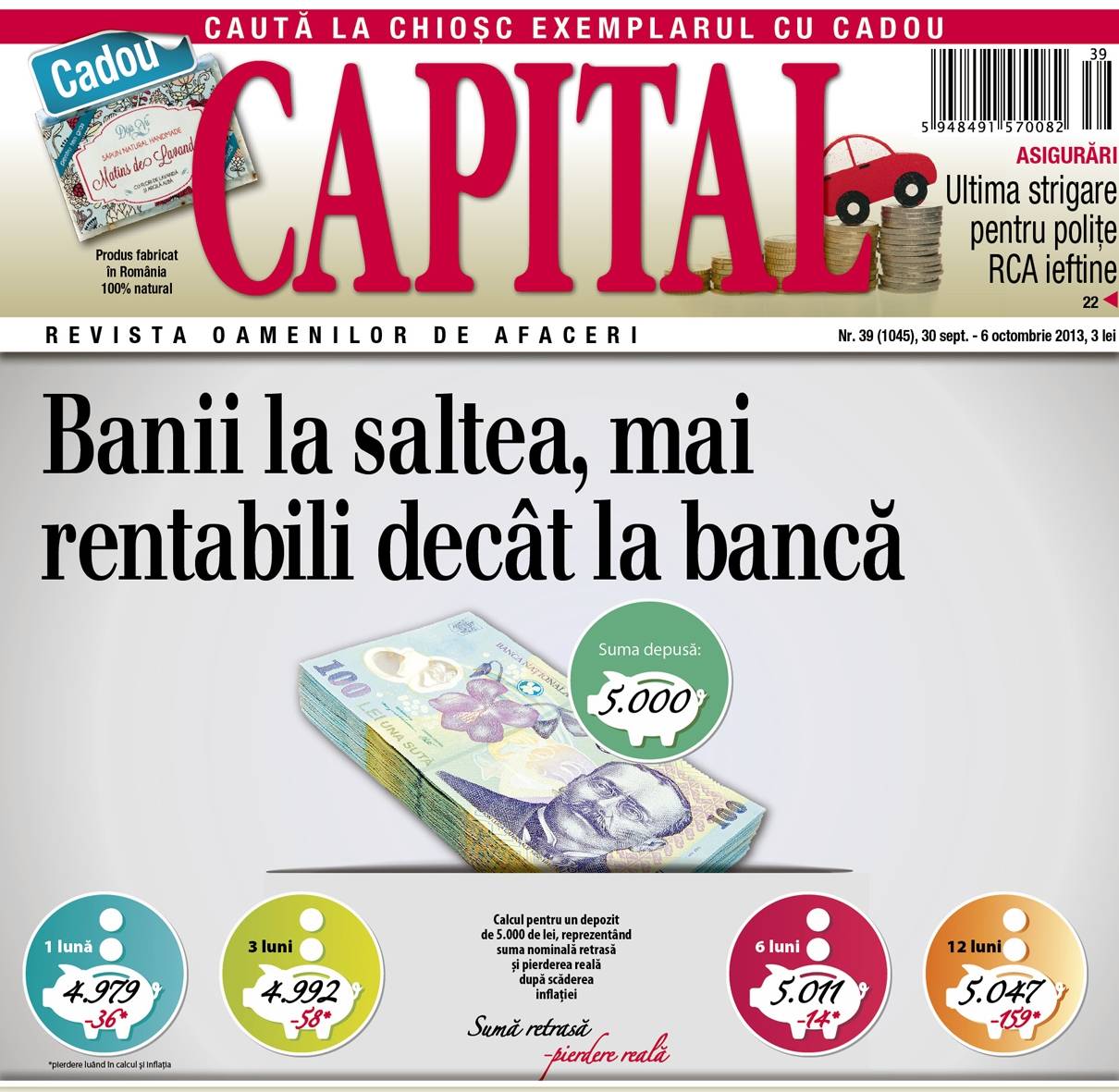 Romanian economic weekly Capital, published by Evenimentul & Capital Publishing House, restructured a part of the team, with 8 people, representing almost half redaction, being affected by this mesure: four employees were fired and four permanent collaborators were proposed a new work formula (pay per article, RON 100 per material) and smaller salaries.

Contacted by paginademedia.ro, Virgil Munteanu, director Evenimentul&Capital, said all has to do with a costs efficientization. „These measures are taken in order to pass Capital on operational profit”.

According to paginademedia.ro’s info, during the next period, also Evenimentul zilei will undergo a costs adjustment process.