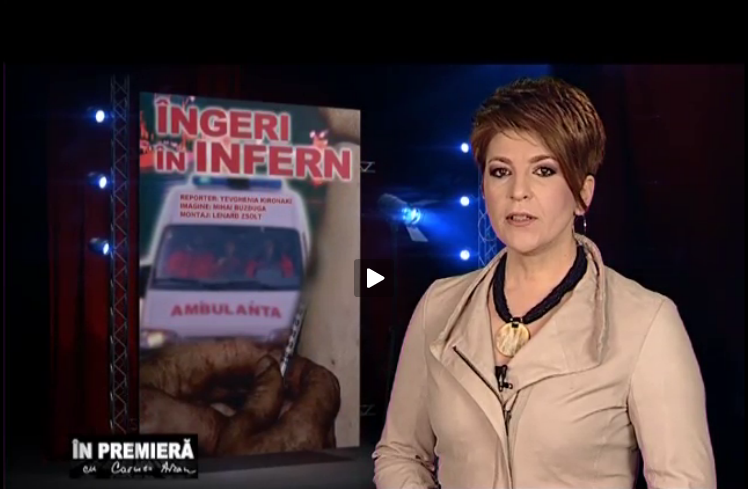 “In premiera”, a show with Carmen Avram, received a special commendation from the jury at International Media Excellence Awards 2013. The commended journalistic investigation was “Angels in inferno”, in the section “Domestic current affairs documentary”.

The prizes and commendations were awarded by The Association for International Broadcasting (AIB) during a Gala in London.

Antena 3’s investigation presents the situation of Romanian drug addicts and the activity of ARAS, that tried hard to keep under control the spread of HIV, offering drug addicts sterile syringes and medical assistance.

The material was broadcasted in Carmen Avram’s show and is signed by Yevgeniya Kironaki (reporter), Mihai Buzduga (image) and Lenard Zsolt (montage)