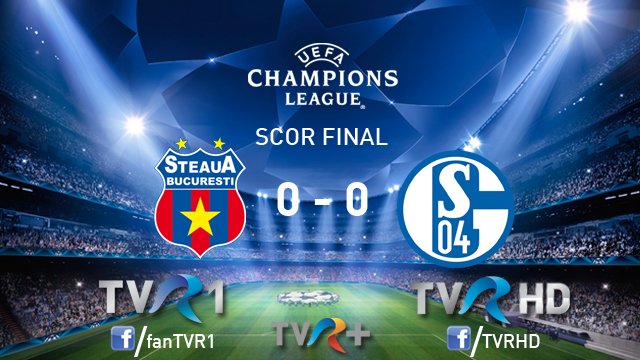 Champions League game between Steaua and Schalke was broadcasted on TVR 1, and ranked 1st in national and urban audiences. On the commercial segment, Pro TV was leader, with a Celebrities MasterChef and night news.

The game was watched, on TVR, by over 1.4m people and was also broadcasted by Digi Sport and Dolce Sport.