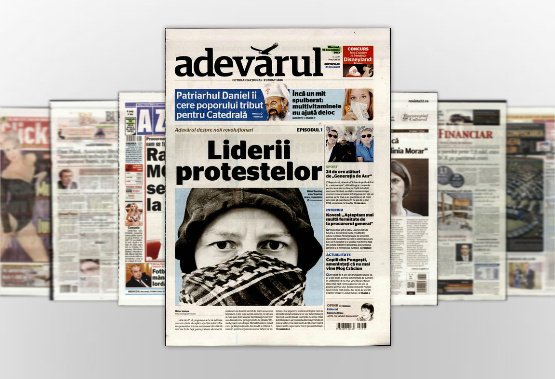 Adevarul newspaper, owned by Cristian Burci, made some adjustments on its graphics, at color and fonts level.

Today’s edition of the national daily appeared on the market with “updated graphical elements” and “a new section on cover 4: Panorama”, according to a press release issued by Adevarul Holding.

In the same time with the new graphical identity, Adevarul’s team initiated also “a series of docu-reportage, both in print and on adevarul.ro, about the relations between Romanians and Hungarians, stories about how they keep their language and religion, how they organize and how they party and what’s their position on religion”, newspaper’s representatives also mentioned.