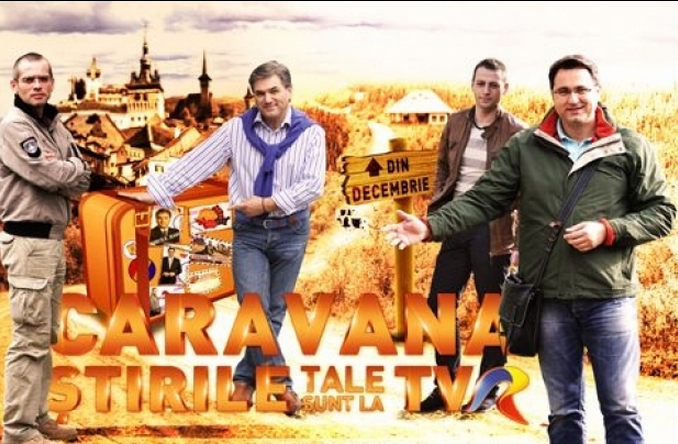 TVR launched “Your News are on TVR Caravan” campaign that sees, for a month, 4 TVR teams going all over Romania and look for stories and happenings that would describe Romanians the way they are, a TVR press release says.

Mircea Radu, Adelin Petrisor, Mihai Constantin and Radu Tudor are among the journalists that are involved in the caravan.

Each team will cover a Romanian region and the campaign will be reflected in TVR’s news, during December.