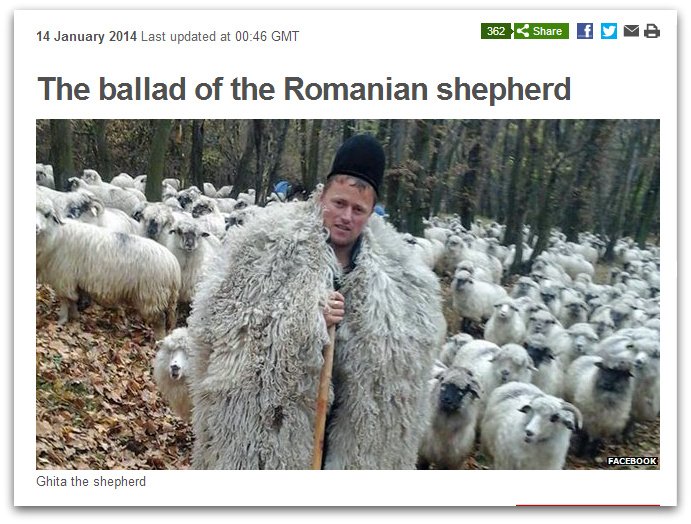 Ghiţă The Shepard, turned into a celebrity by Vodafone, made his way in UK, on BBC’s website. He is a character in an article signed by Caroline Juler, that visited Romania and wrote the story of the Romanian shepherd and underlined what he means for Romanian culture, reminding also of a popular folklore song, Miorita / “The Ballad of the Little Sheep”.

The journalist starts from Ghita in presenting some of the habits and life patterns of Romanian shepherds now and during communist days . In the end, she reminds that Ghita is promoted in an ad campaign for Vodafone, a campaign that focuses on real people