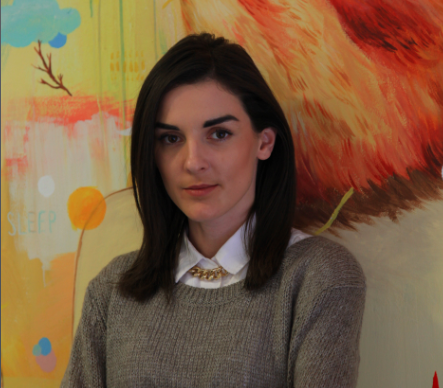 Ioana Filip, Group Creative Director McCann Bucharest, is one of the jurors in the first jury dominated by women in Clio Awards festival’s history.

For the first time, the winners of the most important US advertising festival will be designated by a jury including mostly women, a premiere that comes after a decision made by organizers to correctly reflect the contribution of women in world’s advertising industry.

It was much easier to do this now than it would have been during the past years and this is due to the fact that everyone’s talking now about the creative women in advertising. We found them and we have them in Clio Award’s jury.

If in 2013, the premiere for romania was Catalin Dobre – Executive Creative Director McCann Bucharest – as member in Clio Awards’ jury, 2014 was the year when Ioanei Filip took the juror helm, in Direct & Engagement competition of the festival.

Ioana is 28 y.o and is part of McCann Bucharest team for 3 years, a period during which she won awards at the most important European (Effie Romania, Eurobest, Golden Drum) and global (Cannes Lions) festivals. Previous to Clio, she was juror at New York Festivals 2013.

The access to festivals that seemed unapproachable becomes a nice precedent for Romania and a normal consequence of the projects we managed to make during last couple years. This year, for the first time in festivals’ history, the organizers of Clio went headhunting the most talented women in the creative industry, to show that advertising isn’t a men’s trade. I am honored to be part of this group of women and to be able to represent Romanian creative industry. I am anxious to meet the other jurors and I think this is due to the age, not because this is how women are :) As far as I know, I am the youngest member of the jury.