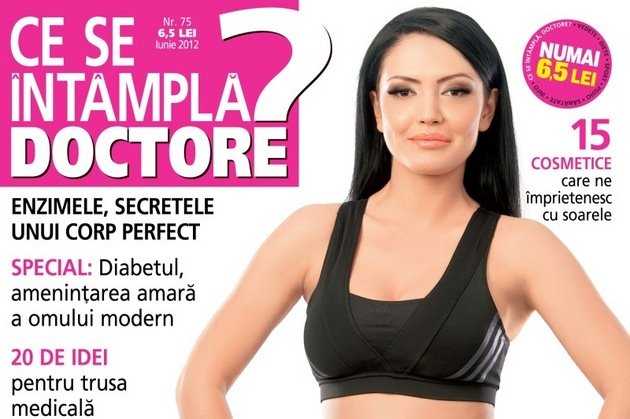 “Ce se întâmplă doctore?”, a magazine published by Mediafax Group, leads the top of most read women magazines, according to the most recent SNA Focus study, released by BRAT.

The magazine managed by Pro TV host Oana Cuzino reached to 365.000 readers per edition during the study period (January 2012 – December 2013). Practic in bucatarie is leader on cooking segment, while Ciao! is the most read celebrities magazine.

Among the publications targeting male public, ProMotor is the magazine with most readers, with 260.000 readers for its printed edition during the analyzed period.

From all categories analyzed, cooking publications is one of the busiest ones and also has a record established by Practic în bucătărie to almost 1M readers per edition (997.000).
Oanei Cuzino’s magazine, leader on women publications segment. Femeia, Unica, Cosmo and Glamour – in top 5.

Magazines like Marie Claire, Beau Monde, Tabu and Harper`s Bazaar are missing from the top from “administrative” or “methodological” reasons, as mentioned in a table published by BRAT.

Ciao! leads the segment of magazines on stars and celebrities, with over 200.000 readers per edition.