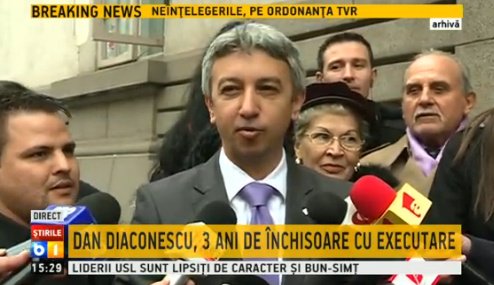 Oprescu sued Diaconescu in December 2011, accusing him of targeted attack towards his person for 2 months.

Although OTV was closed since the complaint was introduced, Bucharest’s court decided that Diaconescu has to pay Oprescu RON 300,000 representing moral damages. The decision is not final and can be attacked in appeal.