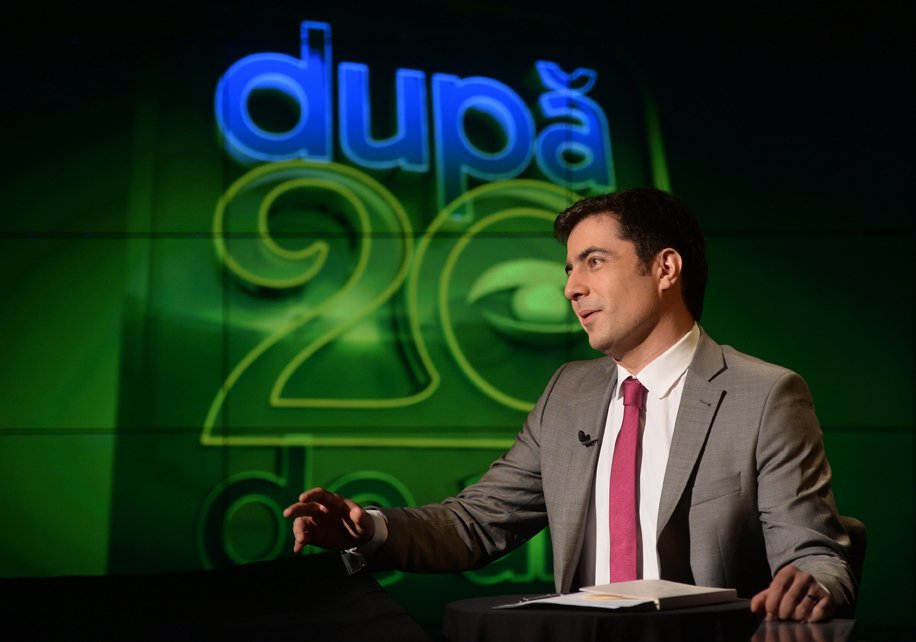 French ambassador in Romania, Philippe Gustin, was interviewed, during After 20 years show at Pro TV, only by Cristian Leonte, show’s host. Sunday was the 1st edition without Cristian Hostiuc and Claudiu Pandaru present in the studio.

Compared to the last show during which the 2 journalists were present (April 13th), Sunday’s edition had lower audiences both on national and urban public, but equal on commercial audiences.

At national level, the show had 270.000 viewers, ranking 4th in audiences top, after Antena 1 and Antena 3.

On April 13th (last edition in Leonte-Pandaru-Hostiuc formula), with UK’s ambassador as guest, the show had 400.000 viewers and was 1st in audiences .

When it comes of commercial public, the show was watched by 117.000 people, almost the same numbers as for the last edition with Hosciuc and Pandaru.