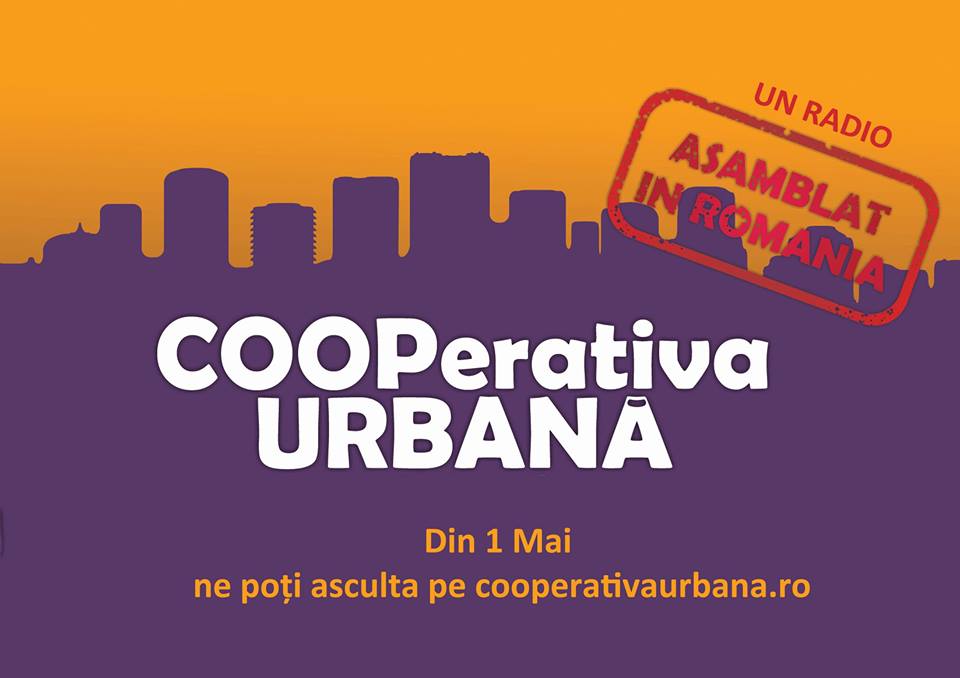 The radio is an audio space exclusively dedicated to Romanian creations, no matter the musical style (rock, pop, hip-hop or electro), which do not have access to mainstream media. It will also be an useful tool for promoters, producers, artists and public, by polarizing the attention of the entire Romanian alternative music industry.

“Radio COOPerativa Urbanaeste is a derivation of COOPerativa Urbana website, an urban culture platform I created in the end of 2012 from the desire to have a virtual space dedicated to underground-alternative zone, no matter we talk aout music, theater, movie, contemporary dance or photo. And this is because me, personally, I am not a fan of mainstream, so I built a project to match myself and gathered close to me people that are the same way. A year after platform’s launch, Cristi Dumitrescu came up with the idea of starting a radio. Afterwards, Bogdan Serban, that handled on weekly basis the questionnaires with music groups from Romania – the most read section on cooperativaurbana.ro - proposed us the concept. After that, all went smoothly and here it it, idea became a project we start right on Labour’s Day”, Cristina Hurdubaia (Hurdis), owner COOPerativa Urbana, said.