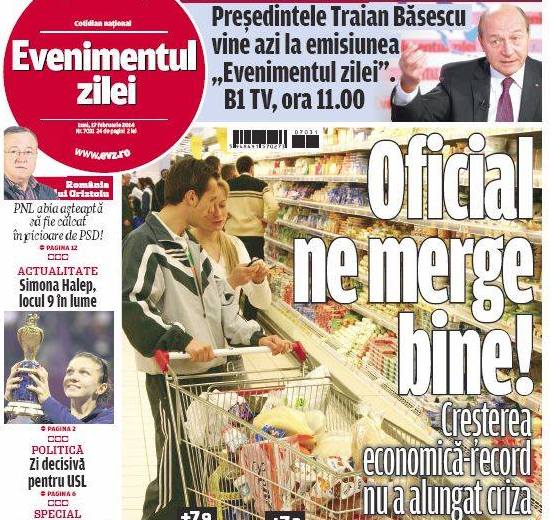 Bucharest’s Appeal Court rejected as unfounded a demand from Victor Ponta, which was demanding a rejudgement and delictual responsibility for some EVZ journalists which wrote about a contract between Turceni Complex and the law firm “Şova şi asociaţii”, where the current Romanian Prime Minister was partner, as EVZ.ro writes.

In a material published in June 2011, EVZ presented the results of a control made by Romanian National Agency for Fiscal Administration (ANAF) to energetic complexes Turceni and Rovinari. Following those verification, it resulted that the law firm managed by Romanian senator Dan Şova, where Victor Ponta was “senior partner”, cashed in illegally RON 4.4M.

On paper, the lawyers were working even 26-27 hours a day. Also, ANAF inspectors discovered breach of contracts made by “Şova & Asociaţii” with the 2 energetic complexes, contracts that were breaching also the legislation on public acquisitions.
At that time, Victor Ponta started a lawsuit against the journalists Cătălin Antohe, Vlad Macovei, Marius Vulpe, Carmen Velicu and Cristian Vasilcoiu, but also against Evenimentul and Capital Publishing House, as they published in the publication the contract between Turceni complex and Sova si Asociatii law firm