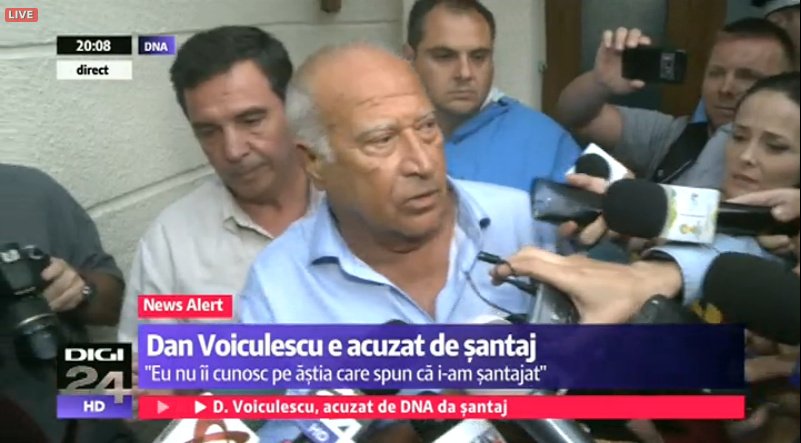 Dan Voiculescu was heard by National Anti-Corruption Direction (DNA) for 4 hours and DNA decided to launch against him a criminal investigation for blackmail. Voiculescu is accused that he directly or indirectly manaced 3 businessmen, from which one closed advertising deals with his trust’s TVs worth in total Euro 900,000. According to a DNA press release, Voiculescu menaced them that, if they don’t make advertising contracts with his trust, he will start against them an aggresive discreditation campaign.