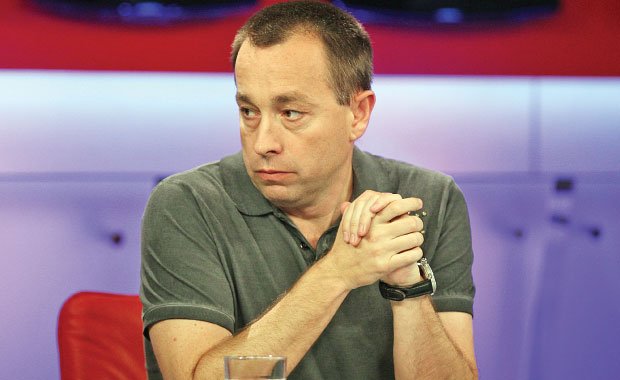 Catalin Tolontan, Romanian journalist specialized in sports, but that approaches also general matters and matters related to journalists’ world, concludes, in a column published on his blog that nowhere in the world journalists surrendered their weapons to their employers as it happened in Romania.

Asserting that nobody knows how future will be, he also says that, even in scarce economic circumstances, press didn’t suffer such degradation as it happened in Romania.

Tolontan starts his argumentation from advertising budgets numbers: Euro 23M in print in 2012, down from Euro 82M in 2008. He also explains that not only the economical crisis is to blame, but also the fact that journalistic values and standards were deeply affected.

Standards abandonment is massive on TV, especially when it comes on news TVs, and it remains to be seen if the advertising budgets, higher than the ones for print, will save TV from the financial problem it started to resent. The partisanship expanded, this summer, also when it comes of publications, but still, it seems not to all of them and not with a similar length.
Catalin Tolontan

Tolontan also says, in his column, that no other country faced, simultaneously, the closing of hundreds of newspapers and magazines during last 2 years, a 75% decrease of print advertising budgets in just 3 years, a decrease in public’s trust in media in general and in TVs and the cut of teams in national newspapers redactions to 30-40 people that generate content.

According to him, Adevarul had years when it posted losses of Euro 30M, Jurnalul National ended 2011 with Euro 4M losses.

“The stake is journalism, not newspapers. This is how it’s explained that foreign media trusts in Romania, such as Ringier and Sanoma, are more calm than local investors even if the multinational companies in Romanian media post losses of couple millions of euro per year since 2009 until today”, Tolontan adds.