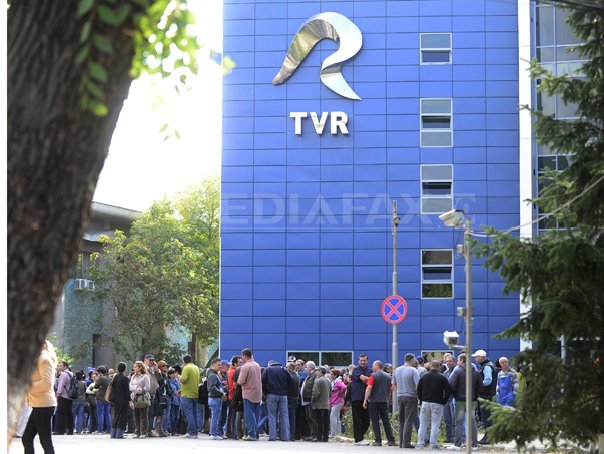 A few hundreds of SRTv’s employees gathered, around 10 a.m, around the institution and protest against the collective layoffs process, that will see 872 people fired.

SPUS TV syndicate representatives said that Tuesday’s protest is a spontan one, same as the Monday action was. Although presented as spontaneous actions, employees from territorial SRTv offices were present to protests during both days.

Moreover, SPUS TV members announced syndicalists’ intention to submit a judicial action through which to dispute the collective layoffs process. According to them, during negotiations with SRTv’s management, syndicate’s representatives asked for a smaller number of layoffs than the one approved through a Management Board Decision on August 28th, with management accepting only 55 jobs more compared to organizational initial organigram. As a consequence, in the new organigram, SRTv will have 2,395 work places, with 872 jobs to be eliminated, down from 962 that were initially aimed for.

Moreover, the calendar for selecting the TVR employees to be laid off was postponed. Initially, TVR management announced that the collective layoffs process should end on November 20th.

During Monday’s protests, around 500 TVR’s employees were present to express their disagreement with the collective layoffs process that will see have almost 900 jobs cancelled.