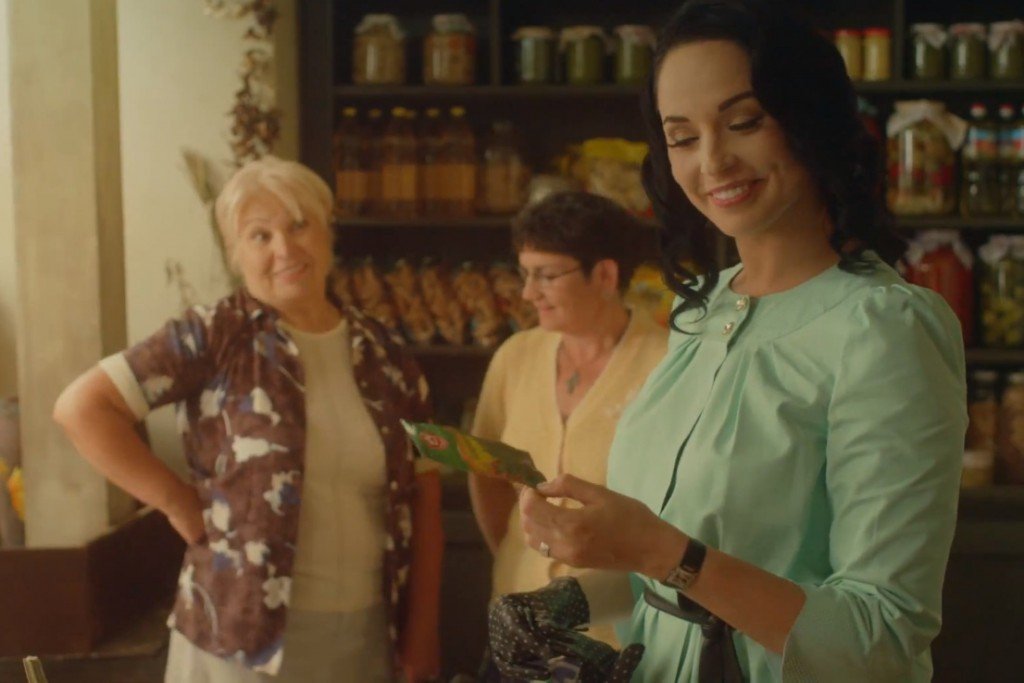 Romanian TV host Andreea Marin Banica stars in a commercial for lovage and other spices for Cosmin spices brand (Fuchs condiments). Andreea, that previously appeared in commercials for different other brands, will donate to a social cause a part of the money she gets for the ad.

In an exclusive interview for Paginademedia.ro, she says she accepted to be present in this ad because the product is one she uses when cooking. Right Media is the agency that talked to Andreea Marin Banica in order for her to appear in the ad.

Andreea says she liked commercial's scenario, where she plays the role of a fancy lady that enters a convenience store, among ordinary women.