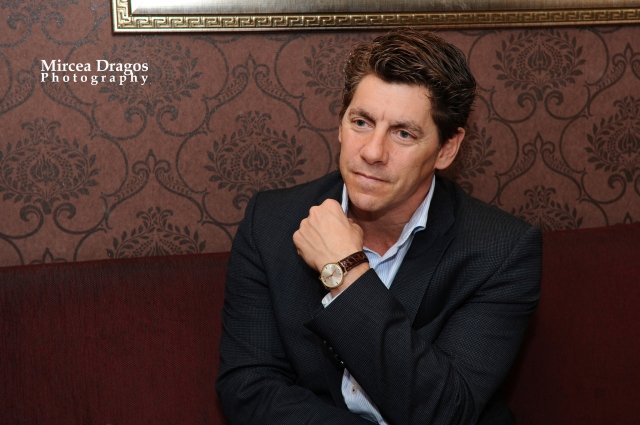 Romanian agencies reject the modification by Emergency Ordinance of the Audiovisual Law, a project that forbids rebates and that is considered “to infringe the economic freedom principle”, with advertising agencies demanding Romanian Government the withdrawl of the ordinance, as mentioned in a point of view released by Romanian Advertising Agencies Association (UAPR). The matter also generated international reactions, with European Association of Advertising Agencies (EACA) also advancing to Romanian authorities its point of view.

One of the stipulations in the ordinance draft affects direly the agencies, as it forbids rebates (an almost tabu subject in the industry, some sort of fee that TVs are giving back, from the advertising budgets, to media agencies).

What is rebate? It is a percentage of the budget agencies invest in advertising, money that TVs and radios give back to agencies. From the advertising budget, some of the money are coming back to the advertising agency as some sort of “bonus”. Rebate is one of the main criterias in allocating advertising
How is rebate forbidden by the ordinance project? The ordinance draft doesn’t directly mention rebate, but is says that: “Intermediaries (…) cannot receive other payments or counter-prestation than the one paid to them by the final beneficiary of the TV advertising in order to pay for the offered services and they cannot receive either any other material advantage, no matter its nature, from the broadcasters”

Ordinance draft “infringes the economic freedom principle, with negative effects on concurential environment in which all economic actors acting on media audiovisual services market are running their activities”.

The proposal limits agencies’ rights to build integrated media campaigns and affect their possibility to use equally, unitary and non-discriminatory the advertising spaces offered by media trusts

The proposal limits the power of negotiations of media agencies, named intermediaries, in relation with broadcasters and favor broadcasters monopoly over their own advertising space.

Drafting a law project without consulting with dialogue partners and institutions that regulate and monitor the compliance with the economical liberties, transparency and competition principles puts under a question mark over the declared intention of correct and non-discriminatory regulation of the market

UAPR rejects the proposal that seeks to introduce within the Audiovisual Law the article 291 because of the negative effects that would generate on the competition on the media audiovisual services market and that is in contradiction with the declared objective of the law proposal draft.

According to Governmental drafted proposal, Audiovisual Law will be completed with article 291, an article that stipulates:

Acording to UAPR’s release, the modifications in the draft Emergency Ordinance for Audiovisual Law’s modification have a profoundly negative impact on the competitional environment by favoring the broadcasters. The proposal limits the agencies’ rights to build media integrated campaigns and affect their possibility to use equally, unitary and undiscriminating the advertising spaces offered by media trusts.

The proposal limits the power of negotiations that media agencies – named “intermediaries” – have in their relationship with broadcasters and favors broadcasters monopoly over their own advertising space. Such a measure doesn’t offer any guarantees over diminishing certain costs for clients, the beneficiaries of the relationship with the broadcasters. The proposed measure distorts the competitional environment broadcasters are running their activities in.

The legislative draft proposal doesn’t take in consideration the complex role advertising agencies have as a consultant. Clients won’t have access anymore to consultancy services to identify the best formula to make compatible the needs of the client – economical agent – with public’s preferences and for implementing media campaigns in report with products’ / services’ characteristics, media consumers profiles and their consumption patterns. The draft proposal also affects the final consumer that will have access to inferior quality information. Also, one must consider the fact that a radio-TV licence is being given exactly in order to inform the consumers.

UAPR is open to be an active partner in the public debate process related to the proposals to improve the audiovisual legislation, as it is preoccupied of solving this matter in a constructive way.

European Association of Communication Agencies (EACA) reacted to the Emergency Ordinance for modification of Romanian Audiovisual Law prepared by Romanian Government. EACA’s representatives sent a letter to Romanian Government, CNA, Economy Minister and Competition Council, expressing the anxiety on draft ordinance that “could be voted on November 20th”

“Our Association in Romania noticed us on the draft emergency ordinance amending the Audiovisual Law no. 504/2002, which concerns the mechanism for the acquisition of advertising space held by the providers of audiovisual media services. According to the document, the draft is to be approved during a Romania’s Government session, on November 20th.”, the letter mentions.

The organization also noted, in its document, that the project wasn’t sent for debates to Competition Council or Romanian National Audiovisual Council. EACA “supports transparency between agencies and their clients and media partners, but we are deeply concerned about some of the amendments proposed by the draft emergency ordinance”. EACA refers with this to article 291, on advertising space buying.

According to the letter, EACA’s preoccupations are as follows:

Last week, Paginademedia.ro informed that a project for an Government Ordinance creates waves on Romanian media market. The project could also affect CNA members (that could be fired by Parliament), but also the media agencies.