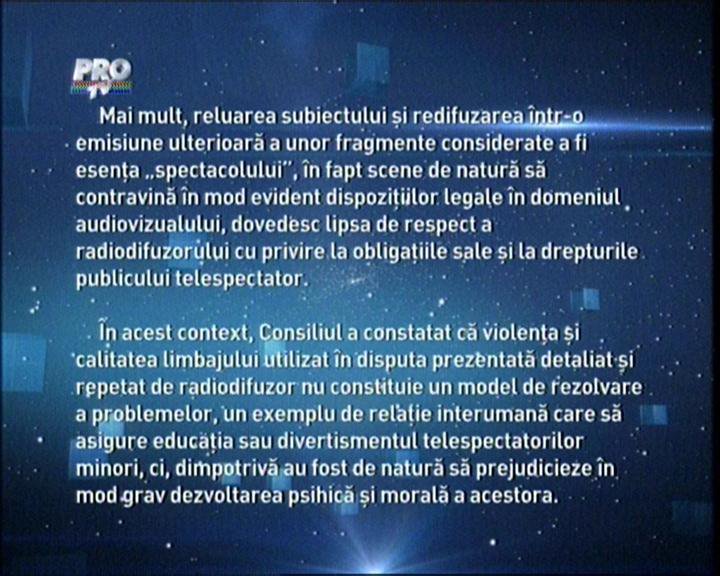 The sanction applied by CNA – broadcasting cease on November 9 between 19,00-19,10 – had an unexpected high audience on Pro TV, Antena 1 and Kanal D. Even if, during the mentioned interval, the 3 channels only broadcasted CNA sanction’s text, many Romanians stayed watching the 3 TVs.

In total, the sanction was watched by 3.2M Romanians every minute, with 1.6M of them living in urban areas.

Business Hour, hosted by Moise Guran on TVR 1, had higher audiences from 19.00 to 19.10. Although it wasn’t in top, the show had higher audiences than its normal average.
Moise Guran was watched by 459,000 Romanians every minute, compared to the previous week, when the show attracted around 280,000 people. At urban level, on the measured interval, Moise Guran had, Friday, almost 200,000 viewers, almost double compared to last week (111,000).