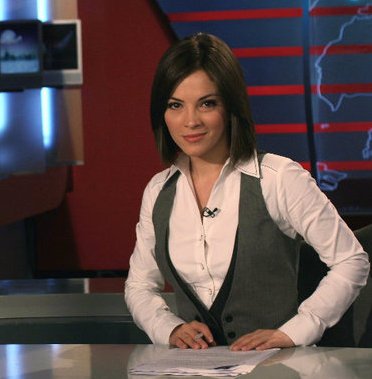 Diana Enache, former news anchor at Realitatea TV, presents News at 13.00 at Pro TV, alternating with Alexandra Stoian. She will spend one week as an anchor and one reporting news.

In December, Enache was first on Pro TV’s screens as a reporter.

Enache and Stoian replace Daniel Nitoiu, that hosted 13.00 news during the last 3 years. Nitoiu will continue to be a correspondent for Pro TV News.

Diana Enache left Realitatea TV for Pro TV in the end of September.

Diana Enache worked for Realitatea TV since 2006, starting as a reporter for the morning show.