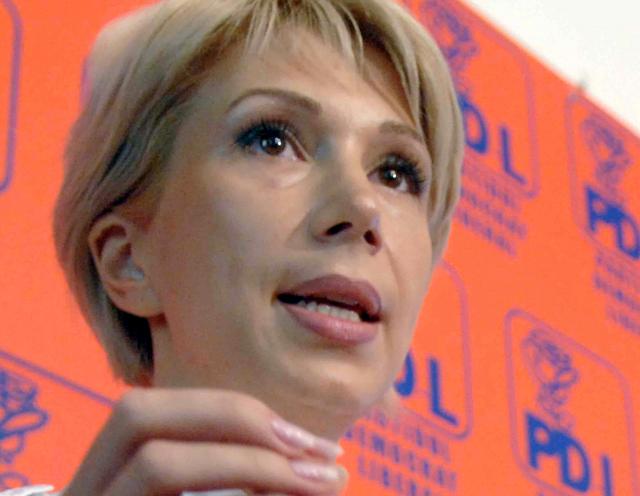 Romanian Senate’s Culture Commission rejected the project of law aiming to modify the Audiovisual Law, initiated by Raluca Turcan and silently approved by Deputy Chamber in 2011.

Georgica Severin, president of the commission, proposed making a new project to modify the law in which to keep “the good ideas” from Turcan’s project.

“I think there are valuable elements in this law project from which we can get inspiration, but it seems normal to me that the majority voted by Romanians in December to come up with a new and inspired point of view and to prepare, in a short time, a law project to modernize Audiovisual Law to be adapted to the demands of the moment”, Georgica Severin said.

Romanian senator Sorin Roşca Stănescu said that he wouldn’t agree to any restriction on press liberty.

„There won’t be a vote from me for any restriction on press liberty. We have a written press with no restriction and an audiovisual press that benefits (with or without brackets) of the existence of an institution that restricts the freedom of speech. I will support any initiative that expands the liberty of expression and I will attack any law initiative that limits it”, he said.

Sorin Ilieşiu, secretary of the Culture Commission, considers there must be a unitary view over written and audiovisual press.

“In this moment, we have an audiovisual law, and the written press doesn’t submit to the same rigors. We think that we have to have an unitary vision. There must be an overview of this phenomena”, Iliesiu said.

“I want to submit a question and give a task to commission members – what could we do, what amendments we could apply so the things won’t happen as it happen during the last years within public TV. Which amendment will determine human comportment? I was watching for years TVR news and TVR debates that didn’t had any links with the reality (…) What use have good laws if people, the management of those that function in journalism is defying the events zone. There were all kind of events in January 2012 that TV didn’t presented”, Gabriela Vranceanu Firea said.