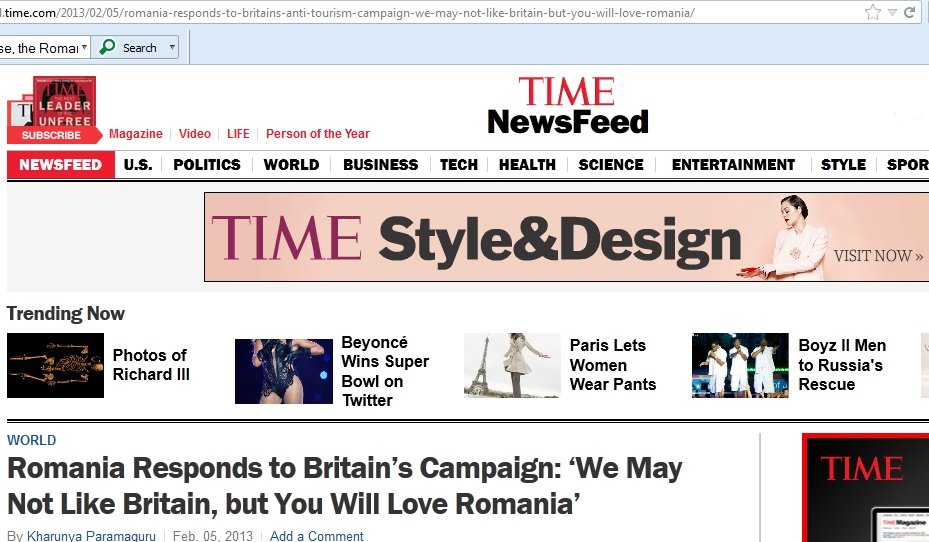 Bulgaria launched its own answer related to the campaign presumably to be launched by Great Britain and aimed to determine Romanians and Bulgarians „invade” their country after the labor restrictions will be removed.

Bulgarians created a Facebook page entitled „It’s not OK for the UK”, which is not assumed and that gathered a lot of images with images targeting Brits, many with the slogan „Yep, not your thing”.

Last week, a campaign by Romanian Gandul.info and GMP Advertising was launched, inviting Great Britain’s citizens to come over to Romania.

Another answer to Gandul.info & GMP Advertising campaign came from Mirror journalists, which actually came in Romania to find beautiful women. One reporter even made some photos together with Bucharest girls.

Prestigious TIME also gave an important space to the answer Romanian Gandul gave to the campaign started by The Guardian in UK.

“As an answer, Romanians adopted a positive attitude by offering to Brits reasons to visit Romania. Gandul’s readers were invited to post their own suggestions on publication’s Facebook page, using Come to Romania app”, TIME writes, also mentioning the couch accommodation initiative launched by the publication.