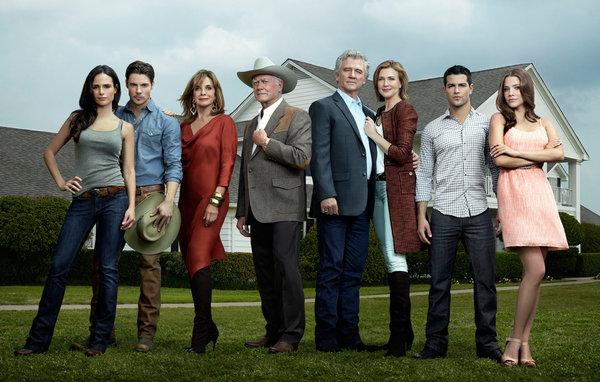 The 10 episodes of the new Dallas series ended on Saturday evening, when Antena 1 broadcasted the last episode of the series. Paginademedia.ro presents the audiences made by the adventures of Ewing family, presented in a new season, 30 years after the first episodes of the popular series

The peak of interest for JR Ewing, Bobby and Sue Ellen was registered by the first 2 episodes, broadcasted by Antena 1 on January 12th. The 1st episode had almost 2.6M Romanian viewers per minute, from which 1.2M living in urban areas.

The first two episodes were also leading in audiences for their broadcasting segment, surpassing Pro TV, which was broadcasting “The Fugitive”, with Harrison Ford and Tommy Lee Jones.

The next episodes – broadcasted 2 every Saturday evening – have audience results way under the first two. This way, episodes 3-4 were overrun by “The Specialist” with Sylvester Stallone (Pro TV) and, until the last episode, Dallas wasn’t again on the top place in audiences.

The weakest audiences were registered by the new Dallas on February 2nd, when the adventures of Ewing family had 566,000 viewers per minute (310,000 in urban areas).