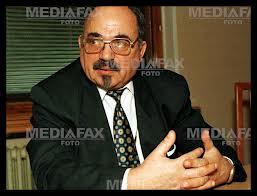 Titus Raveica, the first president Romanian CNA, had died on Thursday and was buried on Sunday, in Iaşi, according to Mediafax.

An announcement posted by CNA on its website expresses institution’s condolences, mentioning Raveica leaded the institution from 1992 to 1996

Titus Raveica was born on August 29th 1935, in Scheia (Grajduri). He graduated the Medium School for Commerce and Cooperation Vaslui (1949-1953), turning afterwards towards philosophical sciences – attended and graduated Philosophy Faculty in Bucharest.

After finishing it, he returned to Iasi in 1959, joining Iasi University Alma Mater Iassiens, where he was a professor for 40 years.

After finishing his term as CNA president, he returned to teaching at Iasi’s Philosophy Faculty