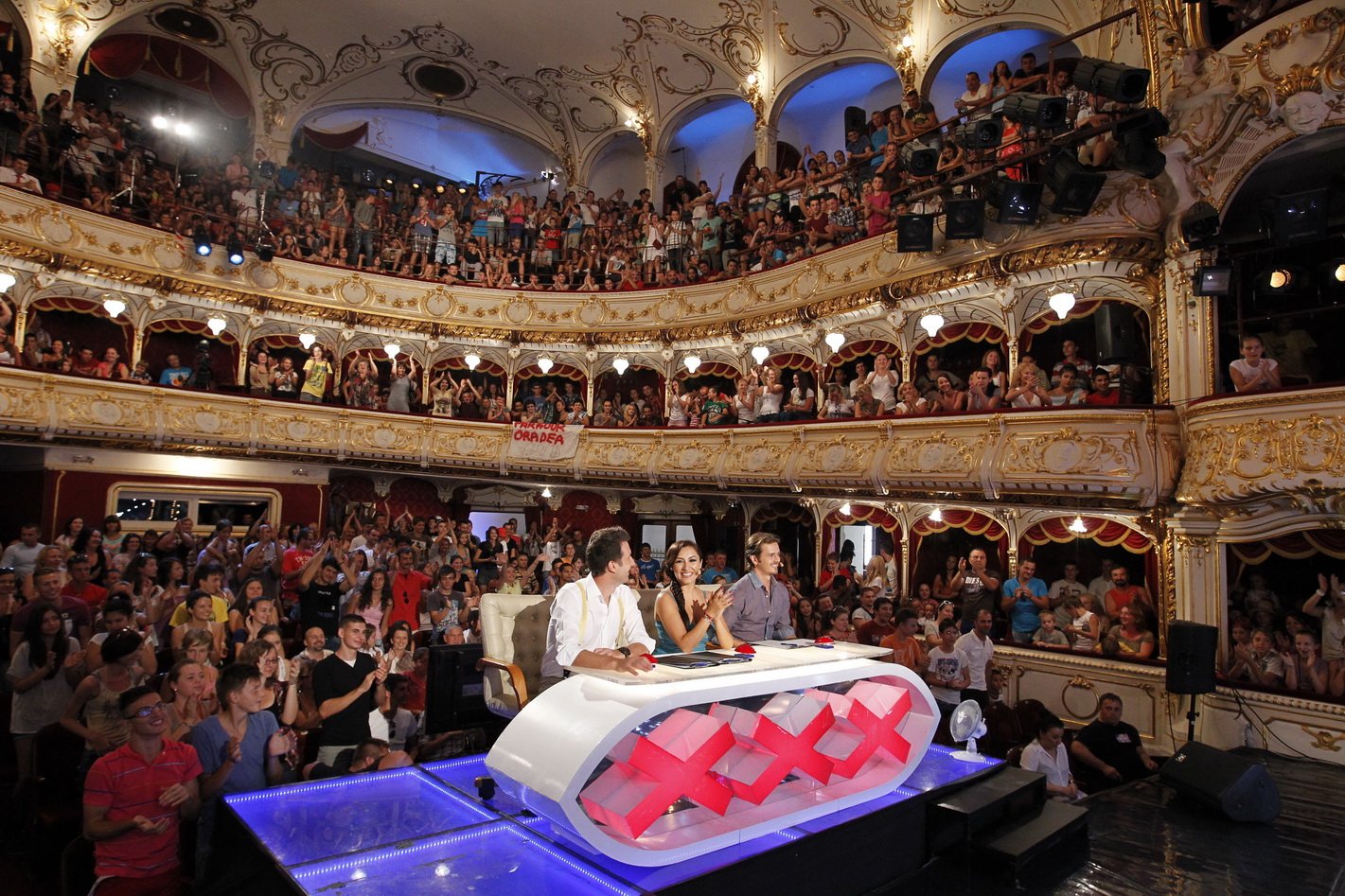 The last preselections from Romanians got talent and the choosing of the semi-finalists kept Romanians in front of their TV sets: almost 6M people watched the show every minute, with the golden minutes of the show going over 7.2M viewers.

On urban, national and commercial audiences, it was the most watched Romanians got talent edition from all the 3 seasons since the show was launched in Romania. The show will be broadcasted live starting next week

At national level, Romanians got talent was seen by 5.9M people, with a market share of over 50%, which means over half of Romanians watching TV were on Pro TV, watching the show. Pro TV was seconded in audiences by TVR 1 and a show having Andreea Marin as guest, while the next places in audiences were occupied by Acasa, Kanal D and Antena 1.

At urban level, the show had 2.99M viewers per minute, seconded by Antena 1, TVR 1, Anten 3 and Acasa. The golden moment on this public segment was 21.59, when 3.65M people were watching the show on Pro TV

The 1st semifinal – over 5M viewers

The first Romanians got talent semifinal, broadcasted live, was watched by over 5m Romanians. The final of the contest will be broadcasted on May 10th .

At national level, Romanians got talent and Pro TV were watched by 5.03M Romanians, with next places in audiences occupied by Kanal D and Antena 1.

At urban level, Pro TV’s show was seen, every minute, by 2.55M people, on next places being Antena 1 and Kanal D.

On the commercial segment, the show had 1.4M viewers (25.3 rtg), with Pro TV leading the audiences top and Antena 1 following

The audience for Friday april 5th is available here.

Romanians got talent, most watched show; Romania dances, on the 2 nd place

Romanians got talent leaded in entertainment audiences, with an average of 2.8M viewers per edition in urban level, in March.

The dance show launched by Antena 1 mid-March occupied directly the 2 nd place in the top of the most watched entertainment shows, with 1.3M viewers per edition, on average.

The entertainment shows’ top for March is available here.