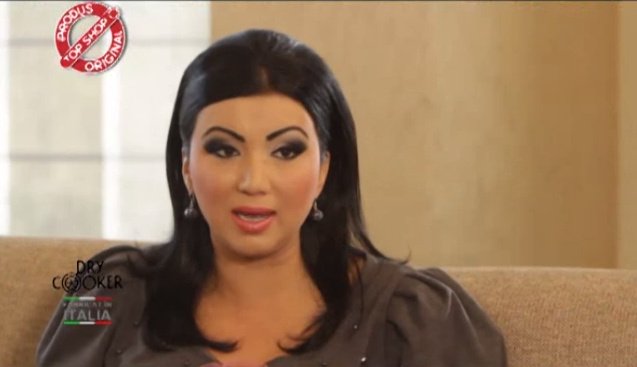 Dry Cooker ad takes a break from TV, after CNA decided to forbid the commercial that has Adriana Bahmuteanu as star until it will be modified to eliminate the expression faults that appear in it and because the right to information of the public wasn’t respected.

More exact, besides the grammatical mistakes made by ad’s actors, CNA says Adriana Bahmuteanu makes a series of affirmations that cannot be proved to promote the pan. The ad was analyzed by CNA following a complaint from a viewer that signaled the grammar faults in the way ads’ women protagonists are speaking about product’s benefits.

CNA presented its suggestions also to Romanian Advertising Council (RAC), with RAC saying that “when it comes of grammar errors (…) the Advertising Practice Code rules aren’t broken”. In spite of that, RAC’s Ethical Committee established that Bahmuteanu’s statements on Dry Cooker pan’s effects over someone’s health break one of RAC Code’s articles that states: “The advertiser must be able to prove the veridicity of the data, descriptions, affirmations, illustrations and testimonials used. The proofs must be actual, relevant and documented”.

Bahmuteanu: Make Red Bull prove it gives you wings than!

After CNA forbidded her commercial on the grounds that her statements related to Dry Cooker product cannot be proved, Adriana Bahmuteanu reacted: “Make Red Bull prove than that it gives you wings. Or how Cosmote brings all your friends home”

Dry Cooker ad was forbidden by CNA on the grounds certain statements on pan’s effects over health cannot be proved.

Besides those statements, CNA considered that another woman that appear in the ad was wording herself poorly, making serious grammar mistakes.

Irony kicks in: Dry cooker is not just a pan, it is “a boat, a tree, a plane, an excavator”

After Dry Cooker pan was a star during the last couple days, as its ad with Adriana Bahmuteanu was forbidden by CNA, it also became a parody subject http://www.youtube.com/watch?feature=player_embedded&v=A0hzfxBvhAA