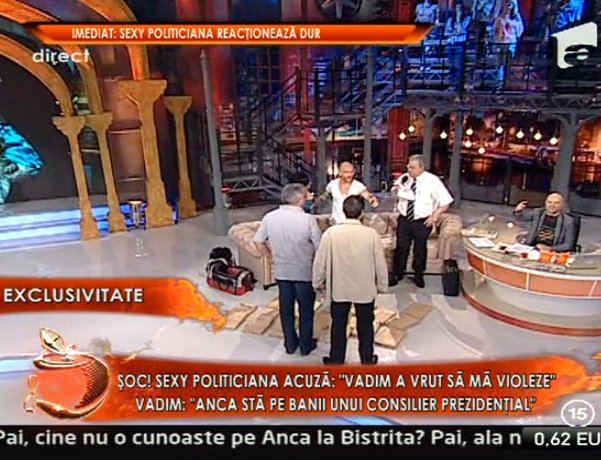 Antena1 managed to escape a fine for breaking the audiovisual law during 2 editions of “Un show pacatos”.

In January 9th edition, Mariana Moculescu was aggressed live, physically and psychically, by her former boyfriend, Cristi Marin. During May 9th edition, Corneliu Vadim Tudor came up with a swearing rant against a person known as “Sexy Politician”, Anca Carcu.
Capatos says he doesn’t think he did anything wrong as, when the spirits heated, he demanded ad break and changed the subject when same thing occurred for the 2nd time
There were 3 possible sanctions proposals: broadcasting blackout for 10 minutes and 2 fines of RON 50,000 and RON 100,000. None of the proposals received the needed number of votes to be applied. An intermediary fine proposal was made, but it wasn’t approved either.